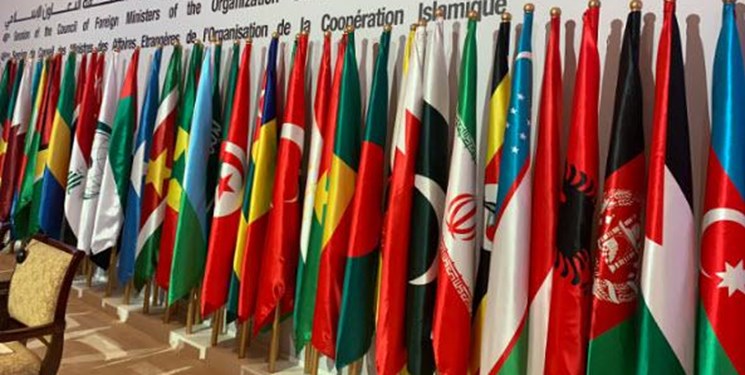 TEHRAN (FNA)- The Iranian foreign ministry underlined good capacities of the Organization of Islamic Cooperation (OIC) to strengthen Islamic unity, protect sanctities and follow Islamic principles, and called for using such potentials to stand against the trend of normalization of relations with Israel.

Foreign Ministry Spokesman Saeed Khatibzadeh made the remarks on Wednesday, elaborating on the latest situation of cooperation between the Islamic Republic of Iran and the OIC.

He expressed hope that during the tenure of the new secretary-general the OIC would witness further effort in line with serving common interests of the Islamic Ummah and member states in the international arena.

Khatibzadeh congratulated Hussein Ibrahim Taha on his election as the new OIC Secretary-General and wished success for him.

He added that Ibrahim Taha has extended separate messages to the Iranian president and foreign minister and has expressed readiness for fostering cooperation with the Islamic Republic.

Khatibzadeh also lauded the endeavors made by the former OIC secretary-general.

Last Friday, the OIC demanded accountability for extrajudicial executions and crimes committed against Palestinians by Israel.

The OIC said in a statement that Israeli police shot and killed a 16-year-old Palestinian named Omar Abu Asab on November 17 in occupied East Jerusalem after accusing him of a stabbing attempt.

The statement also pointed out that Sami Umour, a Palestinian inmate in an Israeli jail, died as a result of medical negligence and inhumane treatment of Palestinian prisoners.

It said Israel should be held accountable for these crimes, calling on the UN and other relevant international bodies to form committees and investigate the deaths of both individuals.

It also urged the international community to intervene and save Palestinian detainees in Israeli jails who are on hunger strike.