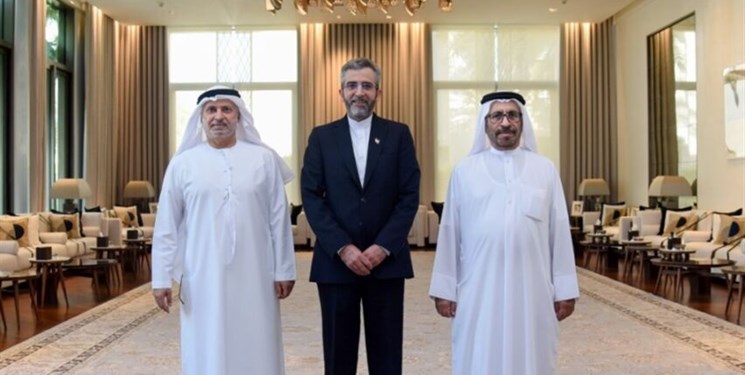 The discussions stressed the importance of strengthening relations “on the basis of good neighborliness and mutual respect”, working for greater regional stability and prosperity and developing bilateral economic and commercial ties, it added.

Baqeri Kani and Gargash in the meeting agreed that the two countries have shared interests and their shared efforts can lead to not only securing those interests, but also to the blossoming of the entire region.

Iran-UAE bilateral trade and economic transactions was the other issue focused on in two countries’ diplomats talks.

After the visit, Baqeri Kani wrote on his Twitter account that continuing "my tour of the regional countries, today in Dubai in a friendly and intimate meeting with Anwar Gargash, the Sheikh Khalifa bin Hamad, and Consultant Minister for Foreign Affairs Shaheen Almarar we agreed that a new chapter in the two countries’ relations needs" to be opened.

Gargash had earlier this month said that the UAE was taking steps to de-escalate tensions with Iran.