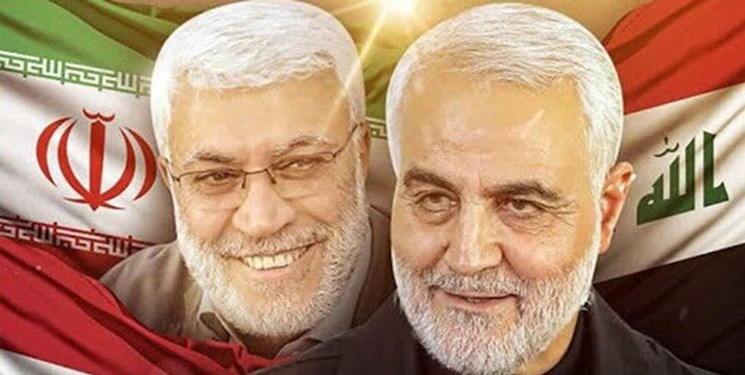 TEHRAN (FNA)- An Iranian delegation has traveled to Iraq for joint cooperation to investigate the assassination of Iran's anti-terror commander Lieutenant General Qassem Soleimani by the US.

Upon arrival in the Iraqi capital, the delegation held meeting and talks with Chairman of Iraqi Supreme Judicial Council Faiq Zidan.

The Iranian delegation’s visit to Baghdad came as Iranian Foreign Minister Hossein Amir Abdollahian had previously emphasized on holding a meeting of Special Committee for legal and international prosecution of assassinators of General Soleimani and his companion to pursue the case and bring them to justice.

General Soleimani and Abu Mahdi Al-Muhandis and ten of their deputies were martyred by an armed drone strike as their convoy left Baghdad International Airport on January 3, 2020. The attack was ordered by then US President Donald Trump.

To date, Iran’s chief civilian prosecutor has indicted 36 individuals in connection with the assassination, among them former president Trump, the head of US Central Command General Kenneth McKenzie Jr., and former US Secretaries of State and Defence Mike Pompeo and Mark Esper.

“Based on the statements of the prosecutor-general the list of 36 names is open, as is the role of nine others including German military personnel under investigation. The German military personnel are suspected of facilitating the assassination. Their number and exact role is not known and although I suspect, I am still not sure if they are the ones operating at Ramstein (Airbase),” a source was quoted by al-Mayadeen as saying in October, asking to remain unnamed.

Ramstein Airbase in Germany is one of the largest American military installations in the world, functioning as a command center for NATO, the US air force’s European and African commands as well as a primary hub for drone operations throughout the Greater Middle East and North Africa.

G4S is a British multinational private security company that is among the world’s largest private employers with a workforce of over 500,000 as of 2020.

Some 26 of the indicted individuals are known to be American and Israeli military and intelligence personnel, at least four of whom have died since January 3- 2020. On July 1 of this year, the Israeli press reported the death of Col. Sharon Asman of the elite Nahal Brigade, claiming he had collapsed during a training exercise.

Among the 36 indicted individuals were also seven local agents from regional Arab states, believed to include Saudi Arabia, Kuwait, Iraq, Syria, Jordan, UAE, and Qatar. Most of these individuals have now been either apprehended or killed by the authorities of their own countries or by the Resistance Front, according to al-Mayadeen.