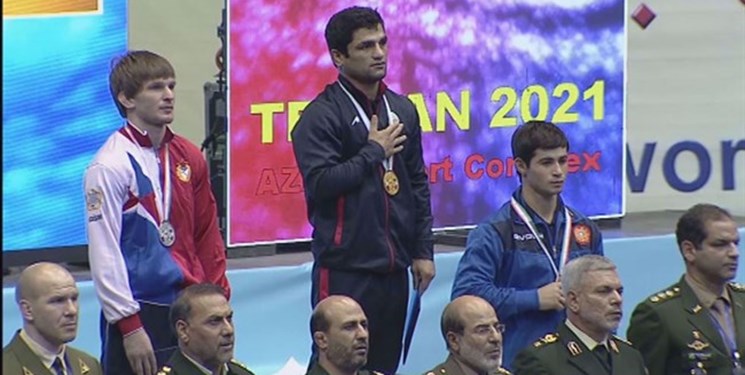 Iran was crowned after clinching 4 gold, 2 silver and 4 bronze medals at Azadi Complex in Tehran.

Having bagged 2 gold, 2 silver and a bronze, the Iranian grapples marched on to win 2 more gold medals, through Hossein Asadi and Mohammadreza Mokhtari in the 67 and 77kg divisions, before Pouya Nasserpour and Hossein Nouri added 2 more bronze medals in the 60 and 87kg classes.

It all came down to the heavy weights to decide the champion, and Amir Qassemi Monjazi did not let Iran down, as he dispatched his Russian opponent 6-1 in the 130kg Bronze Medal Match. With the win, Iran took the Crown with a total of 200 points, edging Russia by only 3 points.

Earlier, in the freestyle competitions, Iran had earned 4 gold, 4 silver, and 2 bronze medals, to finish as runners up behind Russia.