Envoy: No More Forbearance Expected from Iran under Sanctions 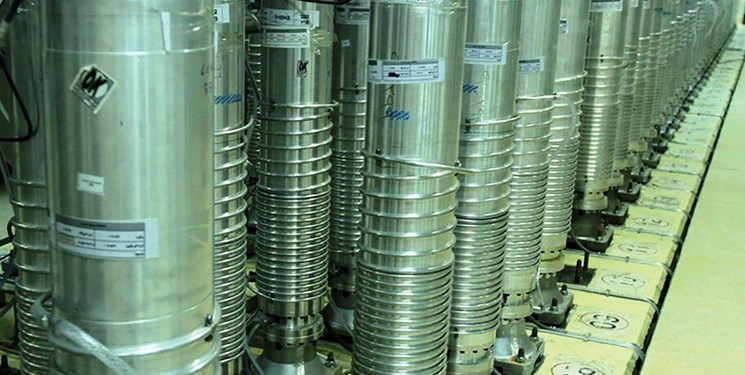 TEHRAN (FNA)- Caretaker of Iran’s mission at the International Atomic Energy Agency (IAEA) Mohammad Reza Qa’ebi said that his country has been trying to fulfill its nuclear deal undertakings after the US withdrawal but the world should not expect more tolerance from Tehran under sanctions.

"I would like to re-emphasize on this point that until the sanctions on Iran are not removed, it is unduly burdensome, thus, not reasonable to expect more forbearance form Iran," Qa'ebi said, addressing the IAEA Board of Governors' meeting on Verification and Monitoring in the Islamic Republic of Iran in Light of United Nations Security Council resolution 2231 (2015).

"Our nuclear activities, including enrichment at different levels and production of metallic based uranium fuel are completely peaceful, in line with our rights under the NPT, and are under the safeguards monitoring and verification of the Agency. I sincerely advise these countries to abandon scapegoating and start rectifying their failure in implementing their commitments. Iran has fulfilled completely, in past 3 years, its share of prudence and constructiveness," he added.

"In previous meetings of the Board of Governors, my delegation has explained in detail, the root causes and the reasons of the situation that we are facing now regarding the JCPOA. We believe it is methodologically incorrect and logically imprudent, to expect a different outcome or effect, when the same reasons and causes exist," Qa'ebi said.

"Culpable US withdrawal from the JCPOA, coupled with adoption of the notorious ‘maximum pressure’ policy and re-imposition of sanctions to directly and adversely affect the normalization of trade and economic relations with Iran, while Islamic Republic of Iran was in full compliance with its commitments, constituted both fundamental non-performance of all of the United Stats’ obligations under the JCPOA and flagrant violation of the UNSCR 2231. This fundamental non-performance and violations have not only not been mitigated by the current administration but exacerbated. Credible and effective sanction lifting, constitutes the essential basis of Iran’s consent to be bound by the provisions of the deal and violations of the US has rendered those parts of the deal void and effectively futile."

"Islamic Republic of Iran on the other hand, being deprived from what it was legitimately entitled to expect from the JCPOA, initially adopted a responsible and prudent policy of engaging with other JCPOA participants to remedy the US violations and remained fully complied with its commitments for more than one year, a fact that people tend to forget," the envoy said.

"Subsequently, failure of E3 and EU to implement their own commitment, ostensibly due to the U. S’s pressure, save for rendering any meaningful cure for the US continued non-performance, left Iran with no choice, but to resort to the only available remedy, which is withholding performance of the reciprocal commitments as enshrined explicitly in paragraphs 26 and 36 of the JCPOA and as a general rule of law."

He noted that now, more than three years have passed since the illegal withdrawal of US from the deal, and only in December 2020, the Parliament of the Islamic Republic of Iran passed a law which required the Government to stop the implementation of all verification and monitoring activities beyond Iran’s Comprehensive Safeguards Agreement (CSA), including the provisional implementation of the Additional Protocol (AP), adding that the requirements envisaged in the law were not met in the appropriate time frame and as a result, the government of Iran was obliged to implement the law and the remedial measures therein.

"I note with regret and consternation the statements of some JCPOA participants and European states. It is regrettable that European states are still unwilling to clearly condemn the illegal unilateral withdrawal of US and re-imposition of its sanctions, which are the sole cause of all these problems, and to urge US to resume implementing its commitments and lift its sanctions imposed against Iranian nation, yet, presumptuously request Iran to implement its commitments under the deal."

"I would like to re-emphasize on this point that until the sanctions on Iran are not removed, it is unduly burdensome, thus, not reasonable to expect more forbearance form Iran. Our nuclear activities, including enrichment at different levels and production of metallic based uranium fuel are completely peaceful, in line with our rights under the NPT, and are under the safeguards monitoring and verification of the Agency. I sincerely advise these countries to abandon scapegoating and start rectifying their failure in implementing their commitments. Iran has fulfilled completely, in past 3 years, its share of prudence and constructiveness," Qa'ebi said.

"The Islamic Republic of Iran has engaged seriously and meaningfully in negotiations with the JCPOA participants to address the issues resulting from the US withdrawal. In this framework, as it is stated by our president and minister of foreign affairs, the foreign policy of the new government is based on pragmatism and constructive engagement. For that reason, Iran is of the view that the negotiations should be result oriented.  It is important that the outcome of these efforts ensure that all sanctions are lifted in an effective and verifiable manner."

"The United States should realize that they need to address the concerns arising from their previous malpractice, the least of which is that their future performance of their commitments cannot be relied on."

"While the former US administration unlawfully sacrificed well-established principle of international law, namely Pacta Sunt Servanda, on the altar of its self-righteousness, the new administration has not yet rectified this irresponsible behavior in order to alleviate its destructive outcomes," he added.
"It is yet to be observed whether the current US administration is ready to abandon the United States’ addiction to use unilateral coercive measures, respect international law, implement its sanctions lifting commitments in a full and effective manner and take all necessary decisions that this might entail. It is crucial that the US stop violating its obligations under the deal and the UNSC Resolution 2231 without further delay and any pre-conditions."

"Needless to say, that Iran’s commitments under the deal are beyond its Safeguards obligations and therefore, implementation of remedial measures by Islamic Republic of Iran under its rights enshrined in the deal, is not hampering those obligations. In this vein, Director General’s report that the Agency’s verification and monitoring activities have been seriously undermined, should be seen in its appropriate context that is related to the obligations beyond CSA," Qa'ebi said.

"In the same vein, it should be noted that due to the continued constructive engagement between Iran and the IAEA, the Agency was able to service all of its equipment and the sole reason that the Agency’s equipment is not present in one of the AEOI’s workshops is the fact that the workshop was subject to a terrorist attack in which, inter alia, the agency’s equipment was destroyed and damaged. We believe this mere fact, i.e occurrence of acts of sabotage and terrorist attacks against peaceful nuclear facilities of member states, necessitates firm and resolute condemnation from both the Agency and international community."

"Nevertheless, I would like to inform the Board that deliberations and interactions between Iran and the Agency have continued, including through the Director General’s visit on 22nd of November 2021, to Tehran and meeting with the Minister of foreign affairs and the Vice-President and the Head of AEOI," he added.

"Finally, we believe that the resumption of JCPOA talks which will be held here in Vienna on 29th of November is providing a unique opportunity for JCPOA participants and the US to prove their genuine intention to get back to full implementation of their commitments through lifting all inhuman and illegal sanctions in an effective manner," Qa'ebi concluded.

Iran and the world powers are due to hold the new round of their talks in Vienna on November 29.