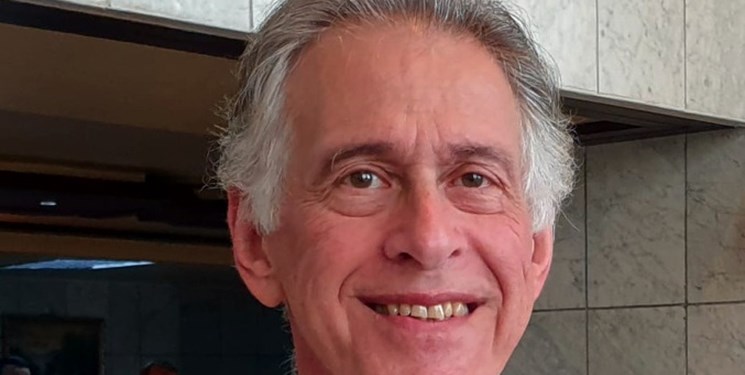 TEHRAN (FNA)- Paul Larudee, political activist and commentator, says Zionists have come to this understating that Zionism is now nearing its predestined self-annihilation.

Speaking in an interview with FNA, Larudee said, “Zionism planted the seeds of its own destruction the moment they created a plan for a Jewish state in someone else's homeland… It is increasingly becoming an international pariah, contributing to the wars and conflicts in West Asia, South America, Africa and other parts of the world… It only creates more enemies for them.”

Paul Larudee is an Iranian-born American political activist who is a major figure in the pro-Palestinian movement. Based in the San Francisco Bay area, he is involved with the International Solidarity Movement and was a founder of the Free Gaza Movement and the Free Palestine Movement. Larudee was a member of the US delegation aboard the 2010 Gaza Freedom Flotilla, which was attacked by Israeli forces.

Q: Yaakov Sharett says “Israel and the Zionist enterprise were born in sin.” What do we learn about the nature of Israel?

A: Such words from a Zionist leader's son may help to gradually sink doubts into the minds of other Zionists, but we must not forget that many Jews were opposed to Zionism for decades before 1948. It is unfortunate that as Zionism became more successful in its genocidal project, it also became more acceptable to more Jews. But that is now being reversed. As Zionism becomes more racist, violent and aggressive, it is starting to lose Jews who cannot stomach such behavior.

Q: Such significant assertion was made by the son of a signatory to the Israeli declaration in 1948. Do you believe settlers will learn a lesson to end their occupation of the Palestinians’ land?

A: There are two kinds of settlers that are being used to colonize the West Bank and Jerusalem. The most aggressive and violent are the ideological settlers, who think of themselves as conquering soldiers, much like the Europeans who took the land from the native peoples in the western hemisphere. They want to expel all Palestinians by any means necessary, and take their land. They do not need Israel to paint a rosy picture. They are ready to endure hardship, although Israel actually helps and enables them. The other type are the opportunists. Israel builds subsidized housing and industrial parks on Palestinian land, and makes it attractive for settlers to move there. Israel creates many advantages for them so as to increase the Jewish population in the occupied territories and push the Palestinians out.

Q: Yaakov Sharett predicts a dark future for Israel and asks settlers to immigrate from Israel; likewise, Lawrence Wilkerson, former Israeli State Department aide, said Israel will be gone in some 20 years. How do you assess these statements?

A: Clearly, Sharett is being a realist in this case. Despite Israel's influence, propaganda, bribes and manipulations of other governments, it is increasingly becoming an international pariah, contributing to the wars and conflicts in West Asia, South America, Africa and other parts of the world. They believe that this makes them strong, but it only creates more enemies for them. Sharett seems to understand that the Zionist dream is proving to be unsustainable. It can only be realized by committing greater and greater crimes, but even many Zionists consider this too high a price for their dream, and their dream is turning into a nightmare. Zionism planted the seeds of its own destruction the moment they created a plan for a Jewish state on someone else's homeland.