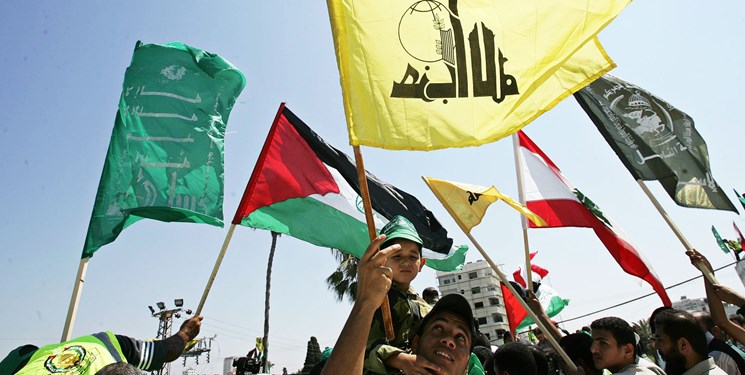 TEHRAN (FNA)- Palestine’s resistance movement Hamas condemned Australia’s decision to label Hezbollah as a “terrorist organization”, saying the move is a blatant bias in favor of the Israeli colonial occupation.

The resistance group, he said, considers the decision a blatant bias in favor of the Israeli colonial occupation to cover up its terrorism and continuous aggression against "our Arab and Islamic nation, foremost Lebanon, Syria, and Palestine”.

The statement came just a day after Australian Minister for Home Affairs Karen Andrews announced that Canberra had decided to designate Hezbollah as a “terrorist organization” in its entirety under Australia’s criminal code.

In 2003, Australia blacklisted Hezbollah’s military wing, but the Wednesday decision expanded the listing to include the group’s political wing, which is a powerful player in Lebanon’s politics, with seats in parliament.

The decision outlaws being a member, providing support to or associating with Hezbollah.

“Hezbollah's resistance to the Israeli occupation's thuggery is a legitimate act and a humanitarian, religious, national and moral duty according to all international laws and humanitarian and national norms,” the Hamas spokesman further said.

Shortly after the decision, Hezbollah strongly denounced the Australian authorities’ decision and stressed that the move was “a humiliating submission to American and Zionist dictates” and served Israeli interests.

On Friday, the British government did the same with the political wing of Hamas, joining the United States, Canada and the European Union in fully banning the Gaza-based Palestinian resistance group, which plays a significant role in defending Palestinian rights against frequent Israeli aggression.

London has since 2001 banned the group’s military wing, known as the Izz ad-Din Al-Qassam Brigades, across the UK.

Qassem warned that the “classification of the Palestinian and Arab resistance forces as terrorist organizations encourages the Zionist entity to escalate its crimes against the peoples of our nation and threatens security and peace in the region”.

“Such hollow decisions will not discourage the Palestinian and Arab resistance, led by Hamas Movement and Hezbollah, from carrying out their duty to resist the brutal occupation and to confront its presence in the Arab land by all means,” he said.

Hezbollah was established following the 1982 Israeli invasion and occupation of Southern Lebanon. The movement drove out Israeli forces from Lebanon in May 2000.

Since then, the group has grown into a powerful military force, dealing repeated blows to the Israeli military, including during a 33-day war in July 2006.