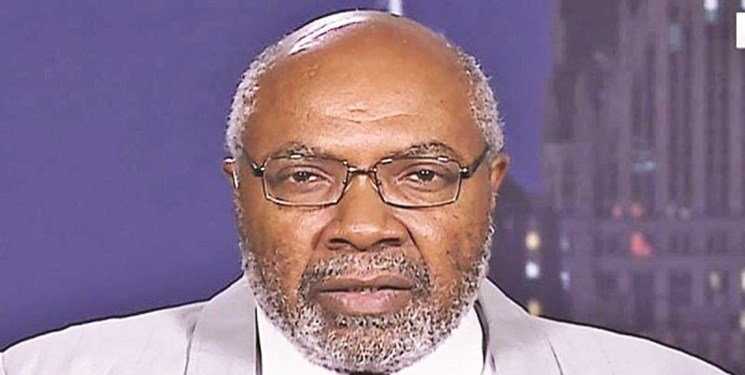 Speaking in an interview with FNA, Dr. Azikiwe said, “Biden is continuing the same policy which has been in operation since the 19th century… [His Policies] exposed the inherent racism within the system… The history of the US is to minimize the number of Black people to maintain the majority white population as the dominant social group.”

Abayomi Azikiwe is the editor of the Pan-African News Wire, an electronic press agency that was founded in 1998. He has worked for decades in solidarity with the liberation movements and progressive governments on the African continent and the Caribbean. Azikiwe is a graduate of Wayne State University in Detroit where he earned undergraduate and graduate degrees in Political Science/Public Administration and Educational and Administrative Studies.

Q: Why do you think in the 21 century the US treats Haitian asylum seekers in Texas with border patrol agents on horseback using whips on the migrants?

A: This illustrates the racist immigration policy of the United States which has been in existence for more than a century. Today Haitians are discriminated against within the immigration system for various reasons. First of all, they are overwhelmingly of African descent and the history of the US is to minimize the number of Black people to maintain the majority white population as the dominant social group. The white majority is rapidly shrinking as revealed in the latest census figures for the period between 2010-2020. If the rate of growth among Africans, Latin Americans, Asians, Indigenous and Middle Eastern peoples continues, by the mid-century the combined numbers of people of color will outnumber European Americans. Also in regard to Haiti, the US has intervened in their internal affairs for more than two centuries. The Haitian Revolution of 1791-1804 was the first successful seizure of power by an enslaved colony against a European power. Since the early 19th century, the US has attempted to strangle the Haitian economy and dominate its political structures. Contrast the immigration policy between Haiti and the US against Cuba and Washington, and the differences are quite stark. Cubans are preferred migrants since the US wants to use the exiled Cubans as cannon fodder against the socialist government in Havana. The policies of President Joe Biden exposed the inherent racism within the system and many African American leaders pointed this out repeatedly.

Q: Do you believe criticism should be pointed at the US Administration, or the American culture itself?

A: All of the fault lies with the institutionally racist system of the US. Biden is continuing the same policy which has been in operation since the 19th century when laws such as the Chinese Exclusion Act were imposed. Title 42 was enacted during the early phase of the COVID-19 pandemic in 2020 to ban people from Central America coming across the southern border. The measure was immediately evoked by the Biden Administration to deny as many Haitians as possible temporary protected status. Haiti has recently undergone an earthquake while the assassination of President Jovenal Moise is furthering the destabilization of the Caribbean island-nation. Many of the Haitians deported have not lived in their homeland since after the previous earthquake of 2010. The thousands which crossed the border at Del Rio, Texas had been working in various South American countries such as Brazil and Chile. 4,000 Haitians were deported out of the nearly 15,000 migrants in Del Rio. Others were given 60 days notices to appear before an immigration court with no guarantee of protected status or a path to residency and citizenship. The so-called American Dream, as Malcolm X (El Hajj Malik Shabazz) once said, has been a nightmare for Black people. The treatment of Haitian migrants confirms this statement originally made nearly six decades ago.

Q: As the population of people of color in the United States is rapidly increasing, do you believe the ruling class and its two political parties (the Republicans and Democrats) would represent the whole country and its people any longer?

A: There has to be a radical shift in the political culture of the US The contradictions within both the Democrat and Republican parties will inevitably result in their dissolution. The Democrats cannot maintain the loyalty of African Americans and Latin Americans along with progressive working class elements, by neglecting the core issues facing these oppressed segments of society. The Biden Administration and the Democratic dominated House and Senate have not been able to pass new legislation to enhance voting rights amid attacks on universal suffrage ostensibly guaranteed by the 14th and 15th Amendments to the Constitution and the Voting Rights Act of 1965. Other legislation has failed which sought to ban police misconduct and the militarization of law-enforcement. They are unable to approve legislation to impose moratoriums on evictions amid a public health and economic crises combined. Republican-dominated legislators in various states such as Texas are passing laws to prohibit the teaching of the actual history of the US which involves racism, capitalism, gender discrimination, anti-labor practices, the curbs on immigrations by people from Africa, Asia, Latin America and the Caribbean, among other relevant topics. These sharp divisions, if not addressed, could lead to another civil war. At present, the US is at a historical conjuncture.