Nuclear Chief: Enemies Seek to Keep Iran Away from Progress 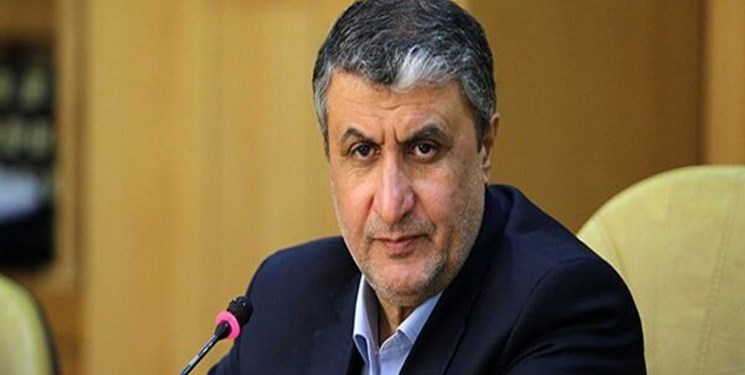 TEHRAN (FNA)- Head of Atomic Energy Organization of Iran (AEOI) Mohammad Eslami said that the enemies are attempting to prevent Iran’s success through sanctions and threats, but stressed that his nation will continue the path of progress.

The enemies of the Islamic Republic of Iran have always tried to ruin the Islamic Revolution and the latest attempt was done by the US in the form of economic terrorism, Eslami said.

He added that they are seeking to keep Iran away from the path of success by sanctions, negotiations and threats, as they have never wanted Iran to be prosperous.

Iran sincerely fulfilled all of its commitments under the 2015 nuclear deal, but they reneged on their part of commitments, the AEOI chief noted, adding that Iran has shown that its nuclear path was merely peaceful through negotiating on safeguards agreements and its NPT commitments with correct legal and political behavior while giving not pretext to the adversaries.

Iran would continue its nuclear activities to leverage the technology in all aspects of people’s lives, including in medicine, agriculture, environment and industry, Eslami stressed.

Iran has put generating 10GW of nuclear power on agenda, as emphasized by the Leader of the Islamic Revolution, he said.

Earlier this week, Caretaker of Iran’s mission at the International Atomic Energy Agency (IAEA) Mohammad Reza Qa’ebi said that his country has been trying to fulfill its nuclear deal undertakings after the US withdrawal but the world should not expect more tolerance from Tehran under sanctions.

"I would like to re-emphasize on this point that until the sanctions on Iran are not removed, it is unduly burdensome, thus, not reasonable to expect more forbearance form Iran," Qa'ebi said, addressing the IAEA Board of Governors' meeting on Verification and Monitoring in the Islamic Republic of Iran in Light of United Nations Security Council resolution 2231 (2015).

"Our nuclear activities, including enrichment at different levels and production of metallic based uranium fuel are completely peaceful, in line with our rights under the NPT, and are under the safeguards monitoring and verification of the Agency. I sincerely advise these countries to abandon scapegoating and start rectifying their failure in implementing their commitments. Iran has fulfilled completely, in past 3 years, its share of prudence and constructiveness," he added.

"In previous meetings of the Board of Governors, my delegation has explained in detail, the root causes and the reasons of the situation that we are facing now regarding the JCPOA. We believe it is methodologically incorrect and logically imprudent, to expect a different outcome or effect, when the same reasons and causes exist," Qa'ebi said.

"Culpable US withdrawal from the JCPOA, coupled with adoption of the notorious ‘maximum pressure’ policy and re-imposition of sanctions to directly and adversely affect the normalization of trade and economic relations with Iran, while Islamic Republic of Iran was in full compliance with its commitments, constituted both fundamental non-performance of all of the United Stats’ obligations under the JCPOA and flagrant violation of the UNSCR 2231. This fundamental non-performance and violations have not only not been mitigated by the current administration but exacerbated. Credible and effective sanction lifting, constitutes the essential basis of Iran’s consent to be bound by the provisions of the deal and violations of the US has rendered those parts of the deal void and effectively futile."

Iran and the world powers are due to hold the new round of their talks in Vienna on November 29.