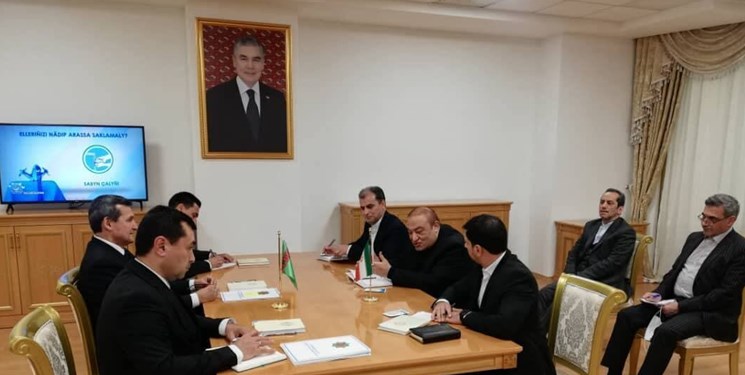 "The Iranian foreign ministry has made great efforts to strengthen economic diplomacy with the neighboring countries," Safari said.

The Turkmen foreign minister, for his part, stated that the opportunities for economic cooperation between the two countries should be realized and the presidents of the two countries emphasize the development of relations.

The Turkmen foreign minister considered his recent visit to Tehran and the holding of a joint economic commission of the two countries as very constructive and positive and stressed the readiness of the Turkmen side to implement the agreements.

During the meeting, the most important areas of cooperation between the two countries in the fields of energy, gas, and electricity, transportation and transit, export of technical and engineering services, as well as health and treatment were discussed.

The Iranian foreign ministry spokesman pointed out that the broadening of cooperation with Central Asia and civilizational, historical, and cultural commonalities with regional states have always been a priority for Iran.