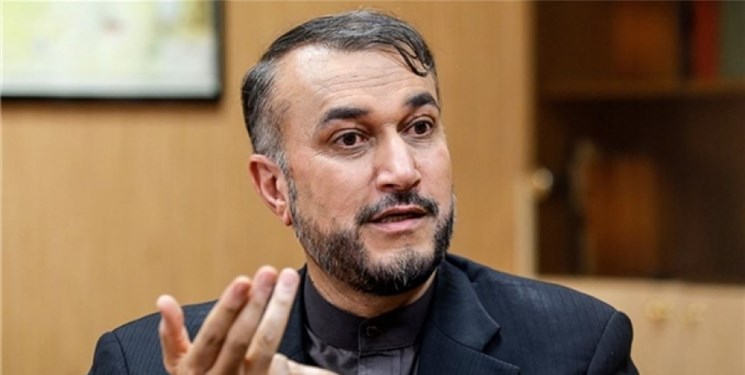 TEHRAN (FNA)- Iranian Foreign Minister Hossein Amir Abdollahian said that Tehran will participate in Vienna talks with a serious will to reach an agreement, stressing the need for other sides to show seriousness too.

In recent weeks, Deputy Foreign Minister for Political Affairs and the Iranian top negotiator in Vienna talks Ali Baqeri Kani has held consultations in European capitals, in Moscow, he said.

Baqeri has also participated in virtual meetings in Beijing and made some regional trips to neighboring countries, Amir Abdollahian added.

"And I held detailed talks with the foreign ministers of all JCPOA member states."

He went on to say that this week, the new round of nuclear talks will be kicked off in Vienna.

"We have made all the necessary arrangements to reach a good and speedy agreement", he said, and added that other parties to JCPOA must return to their full undertakings.

"We have explicitly expressed our positions and demands towards Iran's nuclear deal known as JCPOA", the Iranian top diplomat said.

The rights and interests of the Iranian people must be preserved at the negotiating table and sanctions must be lifted, he stressed.

According to him, there are several options before Iran, but the first option is the dialogue and negotiation in Vienna.

"We are serious in negotiations and in reaching an agreement", he said, expressing the hope that Iran would also “see the seriousness of the westerners”.

Amir Abdollahian also voiced the hope that all sides could take fundamental and successful steps in the Vienna talks.

Baqeri Kani arrived in Vienna, the capital city of Austria, on Saturday at the head of a delegation to attend the next round of the JCPOA Joint Commission meeting.

He is heading the Iranian negotiating team in the Monday's meeting with members of the G4 +1 group and the European Union on lifting the US sanctions.

Earlier this week, Amir Abdollahian in phone talks with EU foreign policy chief Joseph Borrell said that Washington should give guarantees not to leave the nuclear deal again.

"There must be a serious and sufficient guarantee that the US, which is not trustworthy, will not leave the Joint Comprehensive Plan of Action (JCPOA) again," Amir Abdollahian said during the phone conversation on Friday.

Elsewhere in the phone conversation, he said participants in the Vienna talks can reach a "good and even immediate agreement" only if the sides return to full compliance with their obligations as per the JCPOA.

“If the opposing sides are prepared to return to their full obligations and the lifting of sanctions, it will be possible to reach a good and even immediate agreement.”

Amir Abdollahian emphasized that despite violation of obligations by the US and the three European signatories to the JCPOA -- Britain, France and Germany -- Iran "will participate in the Vienna talks with goodwill and seriousness and wants a good and verifiable agreement."

The Iranian foreign minister said return to the JCPOA must constitute compliance to all its provisions and content in action.

He added that the Iranian negotiating team would consider all the issues that need to be settled as it is clear that no final outcome was achieved after six rounds of talks in Vienna.

Amir Abdollahian emphasized that the Western side must adopt a "new and constructive approach" to the Vienna talks.

Borrell, for his part, said as coordinator of the Joint Commission, he has held talks with all sides and added that the Vienna talks must include detailed and intensive discussions about unsolved issues, particularly the removal of sanctions.

It is possible for all sides to return to the JCPOA in its original form, he added.

Borrell emphasized that the JCPOA revival is the only way to remove sanctions against Iran, noting that this would help both Tehran reclaim its rights and the international community become assured about the peaceful nature of Iran's nuclear program.

He expressed hope that all parties would engage in the Vienna talks with a positive and pragmatic approach as well as a firm determination to discuss the unsolved issues and the removal of the sanctions.

Envoys from Iran and the G4+1 – Britain, France, Germany, Russia and China – are expected to hold the seventh round of discussions in Vienna on Monday. The negotiations were paused in June, when Iran held its presidential election. Since then, the new Iranian administration has been reviewing the details of the six rounds of discussions held under the previous administration.