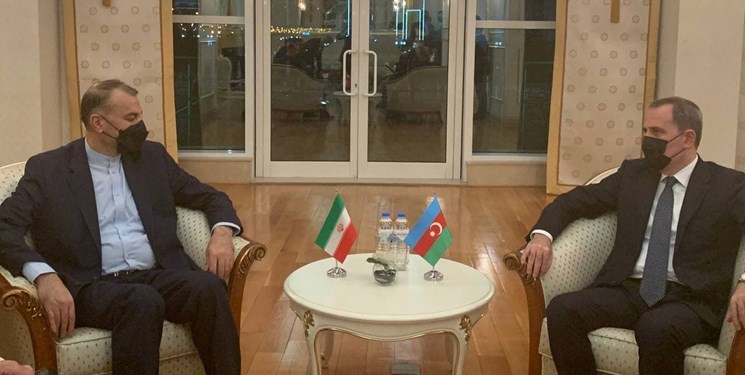 During the meeting on the sidelines of the Economic Cooperation Organization (ECO) Summit in Turkmenistan's capital on Sunday night, the Iranian and Azeri foreign ministers explored avenues for bolstering and reinvigorating bilateral relations in various areas.

During the meeting, the Iranian foreign minister deemed as important the cooperation between the two countries in various political, economic, cultural and media field.

The foreign minister of the Republic of Azerbaijan, for his part, expressed satisfaction with the positive developments in bilateral relations of the two countries.

He also called the carrying out joint projects by the two countries and with the participation of other neighboring countries important.

The 15th Economic Cooperation Organization (ECO) Summit kicked off in Ashgabat, the capital of Turkmenistan, on Sunday (November 28).