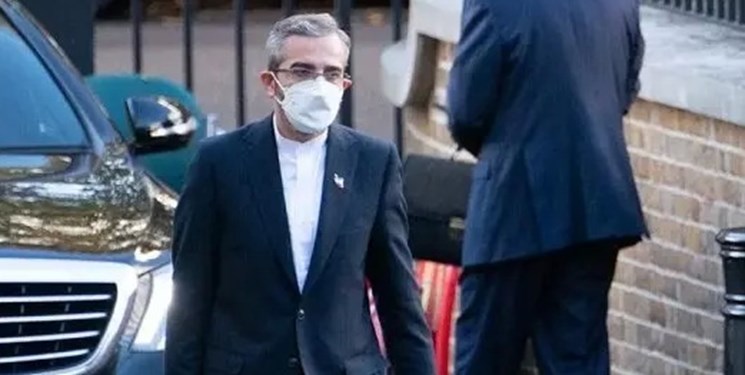 TEHRAN (FNA)- Iran's Lead Negotiator Ali Baqeri Kani held bilateral and trilateral meetings in Vienna on Sunday with the diplomatic delegations from Russia and China, as well as the European Union (EU) before the start of high-profile talks with the Group 4+1 on removal of sanctions against Tehran.

"The Iranian team arrived on Saturday in Vienna and started meetings which continued on Sunday at an expert level with the heads of the Russian and Chinese negotiating teams, as well as the EU Coordinator Enrique Mora," the acting head of Iran's Mission in the IAEA Board of Governors Mohammad Reza Gha'ebi said.

Russia's Permanent Representative for Vienna-based International Organizations Mikhail Ulyanov said in a Twitter message on Saturday night that informal bilateral consultations had begun between Iran and P4+1 in preparation for the Monday meeting.

Iran's lead negotiator and Iranian Foreign Minister Hossein Amir Abdollahian both said on Friday that full removal of the sanctions would be the only thing on the table in Vienna.

In a relevant development on Monday, Baqeri Kani underlined the need for Washington to prove commitment to its undertakings based on the nuclear deal.

“The US and the EU must show that they have the political will to implement what they agreed to do in 2015. They must overcome domestic considerations to resolve this,” Baqeri Kani said in an interview with Al-Jazeera network on Monday.