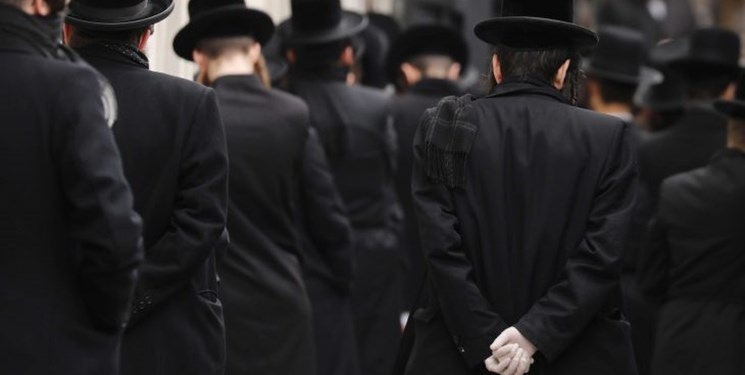 TEHRAN (FNA)- A British political commentator believes Israeli settlers have started to understand they have to leave the occupied lands, and Zionism is destined to death in a near future.

Speaking in an interview with FNA, the commentator, who asked to remain anonymous, said “[to swiftly leave Palestine] will have many positive results and at the very least the lives and wellbeing of the Zionists will be safeguarded (if they are not occupying Palestine, then the Resistance Axis has no issue with them)… This would ensure that they are no longer stealing from innocents, a crime according to every divine system… This way, their relationship with the divine would naturally improve since the barrier of - at the very least - the sin of stealing (which extends to murder and much more while they continue their illegal occupation) will no longer be a factor.”

“Imam Khamenei said in 2015, that the Zionist entity would not survive the next 25 years. We are now in 2021, as a result, the statement you cite by Lawrence Wilkerson regarding the demise and end of the Zionist project in 20 years correlates with what Imam Khamenei has said,” the commentator added.

Q: Yaakov Sharett says “Israel and the Zionist enterprise were born in sin”. What do we learn about the nature of Israel based on these words?

A: Given that these words were said by Yaakov Sharett; whose father was one of those who engaged in this sin; they do have some significance.

The lies and myths that the Zionist project and its proponents have been spewing for more than seven decades now; with this singular statement have been destroyed. For this reason, naturally, the mainstream media and those who are already infected by the Zionist plague are doing their utmost to try and sideline this significant - and an uncommonly honest - statement from within the core of the Zionist establishment.

It makes clear and removes any ambiguity or doubt that some might have had as to the reality and nature of the Zionist entity, and its creation. Of course, it had absolutely nothing to do with Judaism but had everything to do with ensuring that initially the British, and now the US, have a stronghold in the West Asian region.

All of the lies, suggesting that being opposed to the Zionist project, was somehow "anti-Semitic", or that anti-Zionism is equivalent to anti-Semitism, fall into great question following the - what can only be described as damning admission; but one who is connected to the founding of this terrorist settler entity in the heart of West Asia.

These words are words that have been said by the leadership of the Resistance Axis for decades; since Imam Khomeini, through to Imam Khamenei.

The many times, that the Zionist entity has been referenced as a Cancerous Tumour, are vindicated. Since an entity "born in sin" is an entity that has no place where it seemingly exists, much like cancer, which is an occupying entity on the victim, and if not resisted and removed, will ultimately destroy the victim.

Q: Also, Ehud Olmert said Israel has no capacity to end Iran's nuclear activities; this is in contrast with all the Israeli propaganda for years. Why do not the settlers hear such voices from their inner Zionist circles confessing Israel’s sinful nature weakness?

The issue that the Zionists have, is that the truth is not something that can be covered up, it cannot be hidden; ultimately it will shine through, no matter how diligently those seeking to hide it try.

I believe that the Zionist settlers are of three types. You have those who are people with little to no prospects where they were; who in a bid to make a life for themselves take the generous grants given by the Zionist project to those ready to settle in stolen lands, thinking that "all will be fine since the 'Israeli' army is so powerful".

The second group are psychopaths, who desire chaos, who want to kill, murder and maim, and do this as an act of pleasure. These are the people that should be given strong therapy and indeed more since they are a danger both to themselves and others. Having said that; such folk, are at the same time very cowardly; and this is evidenced by their running away from various Palestinian areas that they have occupied when the heroes of the Palestinian Resistance enter the town. These people might profess to follow a certain ideology, but their following of that religion is the same as how Daesh and al-Qaeda followed Islam - in other words, non-existent and fictional.

The third group are the most unfortunate. They are those who genuinely follow a given ideology/religion. They think, on account of their lack of knowledge about their religion and their brainwashing by the mainstream media and the Zionist lobby, that moving to the Zionist entity as a settler is somehow an activity that will enhance their religiosity. Sadly, once they arrive, things are not quite as rosy as they appear, but due to a misguided loyalty to those who appear to be their co-religionists, they continue to support the project, but always ensure that they have a parachute available for when the Zionist project goes sideways.

You will find these types of people generally have multiple nationalities, and will be close to another country. They will also be the ones fervently supporting additional support to the Zionist project since they feel this might somehow keep it alive and thereby their "dream" alive.

Q: Why do you think Yaakov Sharett predicts a dark future for Israel and asks settlers to immigrate from Israel, like Lawrence Wilkerson, former Israeli State Department aide, who said Israel will be gone in some 20 years?

A: I think that this advice given by Sharett is possibly the sincerest and honest advice given by a Zionist to other Zionists. He can see the reality and truly the best thing for all settlers, those who fall into the categories I have mentioned above and others, is for them to swiftly leave Palestine (all of Palestine) and return whence they came.

Doing so will have many positive results and at the very least the lives and well being of the Zionists will be safeguarded (if they are not occupying Palestine, then the Resistance Axis has no issue with them - as long as they are not conspiring to make mischief elsewhere.) Secondly, their lives and those of their families will have far less stress (of course this does not take into account any stress they may receive where they return to, but from the Resistance Axis, they will have no stress - again, on the proviso that they do not engage in mischief-making against the Resistance Axis.)

Finally, in them leaving Palestine, this would ensure that they are no longer stealing from innocents, a crime according to every divine system, including those that the Zionist profess to subscribe to. This way, their relationship with the divine would naturally improve since the barrier of - at the very least - the sin of stealing (which extends to murder and much more while they continue their illegal occupation) will no longer be a factor that diminishes and breaks their connection to the divine.

Imam Khamenei said in 2015, that the Zionist entity would not survive the next 25 years. We are now in 2021, as a result, the statement you cite by Lawrence Wilkerson regarding the demise and end of the Zionist project in 20 years correlates with what Imam Khamenei has said. Yet again, a statement that the Leadership of the Resistance Axis have been saying for a very long time - remember back in the 1990s, the late secretary-general of Hezbollah, Sayyed Abbas al-Musawi had said in no uncertain terms "'Israel' had fallen" (explicitly using the past tense of the verb "to fall".)

It is nice that these Zionists are now starting to understand the words, lessons and teachings of the Resistance Axis that have been said for many decades, what they have started to say publicly now.