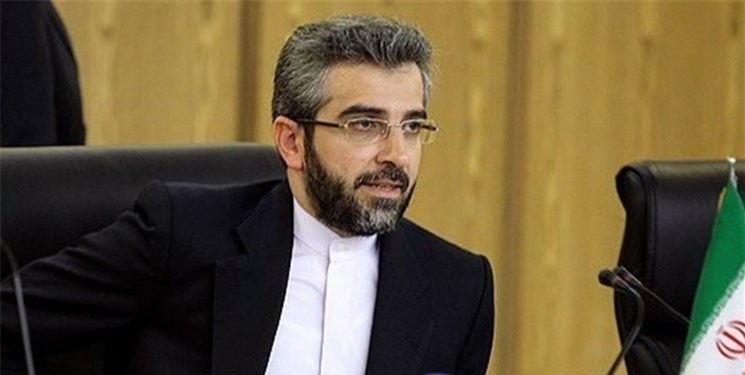 TEHRAN (FNA)- Iran’s lead negotiator Ali Baqeri Kani reiterated that talks between Tehran and the world powers in Vienna, which will start on Monday, are focused on lifting the “illegal and cruel” sanctions against his country.

"The makeup of the Islamic Republic's negotiating delegation reflects this resolve and seriousness for taking serious steps towards removal of the Americans' sanctions against the Iranian people," Baqeri Kani said on Monday hours before starting talks with the Group 4+1 (China, Russia, Britain and France plus Germany).

"The issue of removal of the sanctions forms the focus and principle priority of this round of the talks," he added, calling the bans "illegal and cruel".

The US returned the sanctions in 2018 after leaving a historic nuclear agreement between Iran and others that had eliminated the coercive measures.

Earlier, Baqeri Kani held consultations with the Russian and Chinese delegations to the negotiations, which he hailed as "fruitful".

The diplomat has also sat down with deputy foreign policy chief of the European Union Enrique Mora which coordinated the talks that led to conclusion of the nuclear agreement in 2015.

US President Joe Biden has alleged a willingness to re-enter Washington into the deal and lift the measures again. His administration has, however, not taken any meaningful steps towards the purpose, and even slapped new sanctions against the Islamic Republic.

Tehran has repeatedly lambasted Biden's team for keeping up the "maximum pressure" campaign of his predecessor Donald Trump.

Six rounds of talks have been held in Vienna to test the US's self-proclaimed intention to lift the bans. The Austrian capital is to start hosting another round on Monday.