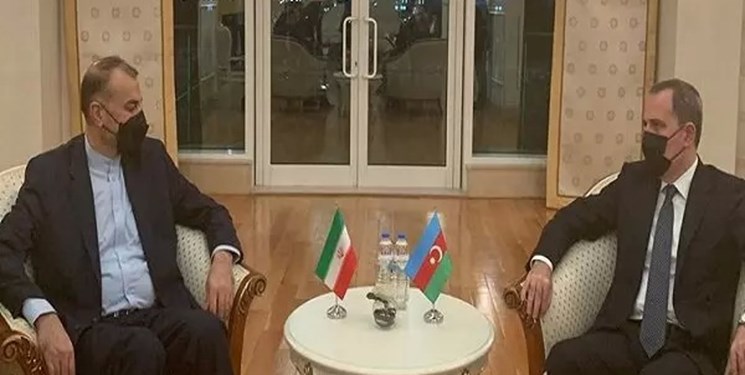 "On the sidelines of the ECO Summit, I had a positive and friendly meeting with the Minister of Foreign Affairs of Azerbaijan in Ashgabat. Preparations had been made for the good meeting between the two countries in recent weeks. The dimensions of the agreement are diverse and in line with the interests of the two countries and the two nations," the top Iranian diplomat wrote on his Instagram account.

Amir Abdollahian said that the presidents of both countries are willing to expand cooperation in the fields of transit, energy, tourism, culture, etc, which were among the points emphasized and agreed upon by both sides.

He further pointed out that the relations between the two countries and two nations go beyond two mere neighbors.

"We will continue to develop relations with our neighbors," Amir Abdollahian added.

In a relevant development on Saturday, Iranian President Seyed Ebrahim Rayeesi welcomed a suggestion by Azerbaijan's President Ilham Aliyev to strengthen economic relations between the two countries and develop transit routes with the presence of Iranian companies.

President Aliyev, meantime, after his meeting with President Rayeesi told reporters on Sunday that his country will continue to the expansion of relations with Iran in all fields.