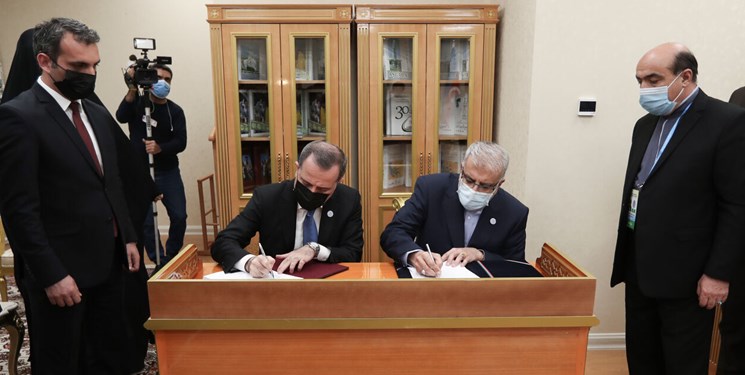 TEHRAN (FNA)- A trilateral agreement to swap 1.2 to two billion cubic meters of Turkmenistan’s natural gas to the Republic of Azerbaijan via Iran was signed in Ashgabat in the presence of Iranian President Seyed Ebrahim Rayeeis and his Azeri counterpart President Ilham Aliyev.

According to the agreement which was initially signed by oil ministers of the involved countries on the sideline of the ongoing ECO Summit in Ashgabat, Turkmenistan will sell five to six million cubic meters of natural gas to the Azerbaijan Republic each day.

This gas will be swapped to Azerbaijan through Iran's soil and the contract which has no ending date will be implemented as of December 25, 2021.

According to this swap deal, Iran will get Turkmenistan’s exported gas at the joint border to use it for Iranian provinces and in return will deliver the same quantity of Iranian gas to the Azerbaijan Republic at its border with Iran.

The 15th Economic Cooperation Organization (ECO) Summit opened in Ashgabat, Turkmenistan, on Sunday as the country serves as the rotating head of ECO.