UN Says Up to 2,000 Migrants, Refugees at Belarusian-Polish Border 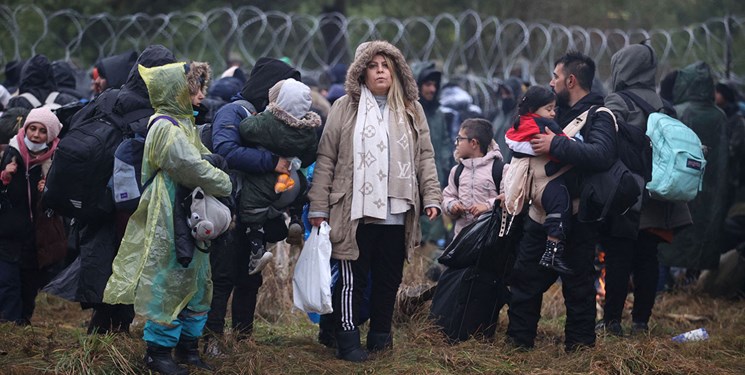 TEHRAN (FNA)- Up to 2,000 migrants and refugees have massed at the Belarusian-Polish border and an estimated 7,000 currently are in Belarus, the UN’s migration organization said Monday.

“Together with UNHCR and partners, our priority is the safety of these stranded migrants, upholding their human rights and preventing more deaths as temperatures remain well below freezing,” said Antonio Vitorino, director general of the International Organization for Migration (IOM), Anadolu news agency reported.

“We are committed to providing humanitarian assistance and working with authorities on both sides of the border, and those who wish to return voluntarily will be helped by IOM to do so in a safe and dignified way,” he added.

Responding to the Belarusian-EU border situation, the IOM said it and its partners had boosted their assistance for migrants and refugees, providing humanitarian aid at the border and expanding voluntary return opportunities and other aid.

There are an estimated 2,000 migrants and refugees at the border with Poland, predominantly Iraqi Kurds, Syrians, Iranians, Afghans, Yemenis, Cameroonians, and others, said the organization.

“The total number of migrants and refugees currently in Belarus is estimated at 7,000, with only a limited number so far expressing a desire to return home voluntarily,” said the migration organization.

However, the IOM said that in recent days, the Iraq government has organized the repatriation of over 1,000 of its citizens and held discussions with the organization to facilitate more voluntary returns.

According to the organization, the IOM has assisted at least 44 people to return home voluntarily, with another 38 in the pipeline.

“There are grave concerns for the welfare of the migrants and refugees in the freezing conditions,” said the IOM, noting several deaths from hypothermia were registered on the EU’s border with Belarus.

There are large numbers of women and children among the group at the border.

The IOM, UN Refugee Agency (UNHCR), and Belarus Red Cross have been granted access to the migrants and refugees at the border by the Belarusian authorities on several occasions in recent weeks.

They have assessed their conditions and needs, distributed humanitarian aid, and elaborated options for those wishing to return home.

Since August, the EU countries bordering Belarus – Lithuania, Latvia and Poland – have reported a dramatically growing number of irregular crossings.

According to the EU, Belarus reaches out to potential travelers through seemingly official channels, including diplomatic missions and travel agencies, and invites them to Belarus by offering them visas. They are then allegedly guided to the EU border.