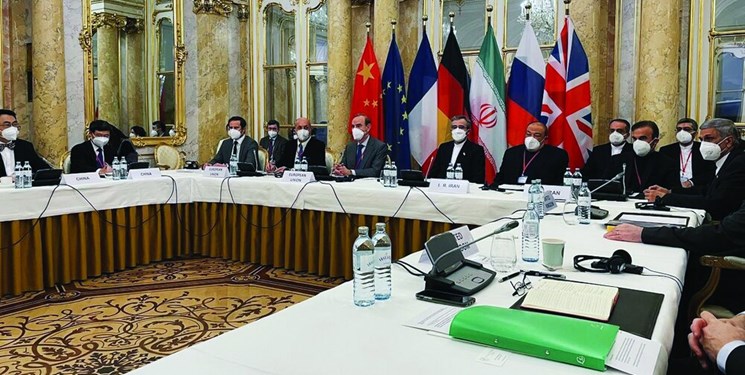 TEHRAN (FNA)- The delegations of Iran and the Group 4+1, participating in the Vienna talks, formed a working group to discuss ways to remove sanctions against Tehran.

At the Tuesday meeting, Iran presented its demands in a categorized and clear manner and advised other delegations to actively and constructively present solutions and proposals;

During the meeting, several delegations, specially Russia and China, praised the pragmatic approach and clear categorization of Iran's demands.

The representatives of the Islamic Republic of Iran reiterated that the texts prepared in previous rounds of talks was only a draft and all these texts can be renegotiated. Therefore, it is necessary that Iran’s views and demands will be met by providing innovative plans.

One of the important points raised by Iran at the meeting was that anything that violated the nuclear deal’s goal of "normalizing economic and trade relations with Iran" should be resolved. Iran emphasizes that the two issues of sanctions and nuclear undertakings should not be taken "hostage" for each other, and that it is necessary first to logically resolve the issue of sanctions that resulted from the US measure as a violator of the nuclear deal.

Meantime, the Tuesday's meeting was held in a professional atmosphere, and finally, despite differences in views, everyone expressed readiness and seriousness to discuss and engage in efforts to lift the sanctions.

Iran’s top negotiator Ali Baqeri Kani, who is also the deputy foreign minister, told reporters in Vienna on Monday that after the first round all participants agreed to focus on lifting sanctions against Tehran.

Baqeri Kani said that he was optimistic after the first meetings, adding that all parties agreed that focus of the talks should be lifting of sanctions imposed on Iran after the US unilateral withdrawal from the landmark 2015 nuclear deal, officially known as the Joint Comprehensive Plan of Action (JCPOA).