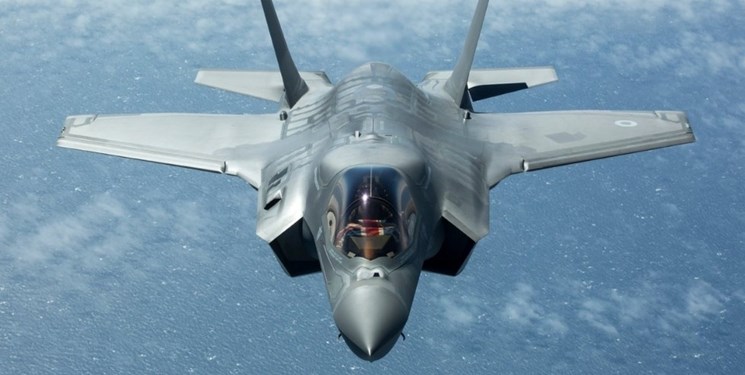 TEHRAN (FNA)- A British warplane worth £100 million crashed into the sea during a take-off attempt and may have hit part of HMS Queen Elizabeth, leaked footage suggested.

The 16-second video, which surfaced on social media and has not been verified by The Independent, shows the F-35 stealth jet move slowly up the ramp before dropping out of frame as the pilot ejects to safety.

Reports suggest foreign object debris such as a plastic rain cover may have been sucked into the plane’s engine, causing it to fail.

“Given how close the aircraft ditched to the bow, and the speed of the ship on launch, the likelihood of it hitting the bow of the ship (under the waterline) would be quite high,” Commander Tom Sharpe, a former Royal Navy officer, told the Sky News.

“Warship steel is not that thick so, even despite the weight discrepancy between the two, I would want the compartments near the bow checked immediately… I would then want the hull dived on at the first opportunity, just to be sure,” Sharpe added.

An investigation was launched into the November 17 incident in which the pilot, part of the crew of HMS Queen Elizabeth, was found safe.

The “fifth generation” F-35 is one of the most expensive air weapons platforms in the world; the UK has signed deal worth nine billion pounds to buy 28 aircraft by 2025.

The cost of the aircraft, built by Lockheed Martin, continued to rise during the manufacturing process leading to strong criticism from former US President, Donald Trump.

In addition, a long list of problems emerged with the Pentagon acknowledging that 275 different faults have been found in the attack system. The US Marine Corps suspended operations on its version of the aircraft, the same as the ones used by the UK, after computer malfunctions.