Iran FM Calls for Removal of All Unlawful Sanctions 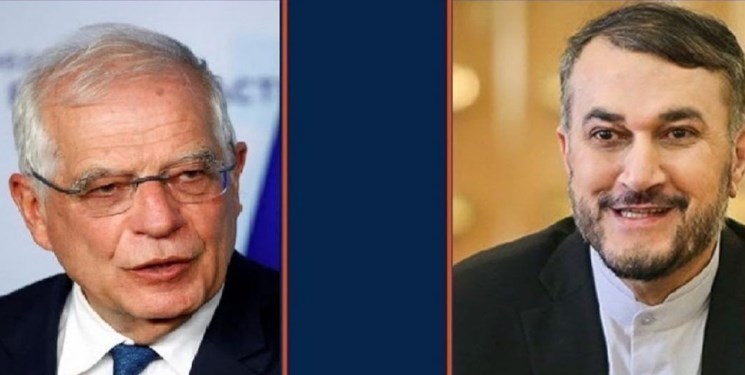 TEHRAN (FNA)- Iranian Foreign Minister Hossein Amir Abdollahian in a telephone conversation with European Union foreign policy chief Josep Borrell called for the removal of the all illegal sanctions imposed by the US against Iran.

During the phone call on Friday, Amir Abdollahian appreciated the efforts made by Borrell and his colleagues, and said that the West needs to focus on removing the  sanctions imposed by the US against Iran.

The Iranian foreign minister said that Iran has joined the Vienna talks with good-will, adding that any negotiation or action will be aimed at lifting anti-JCPOA sanctions.

He stressed Iran’s compliance with establishing cooperation with the International Atomic Energy Agency (IAEA), saying in addition to Iran's lead negotiator Ali Baqeri Kani’s negotiations, other Iranian experts are negotiating with Group 4+1 (Russia, China, France and Britain plus Germany) within the framework of a committee to end sanction and another one dealing with nuclear issues.

"Despite the US disloyalty and E3 inaction, Iran has attended Vienna talks with good-will," Amir Abdollahian said.

The Iranian foreign minister went on to say that the Iranian team has clear, practical and tangible plans and initiatives for each step.

Borrell, for his part, hailed the seriousness of the negotiating delegations from Iran, Germany, Russia, France, China and the UK.