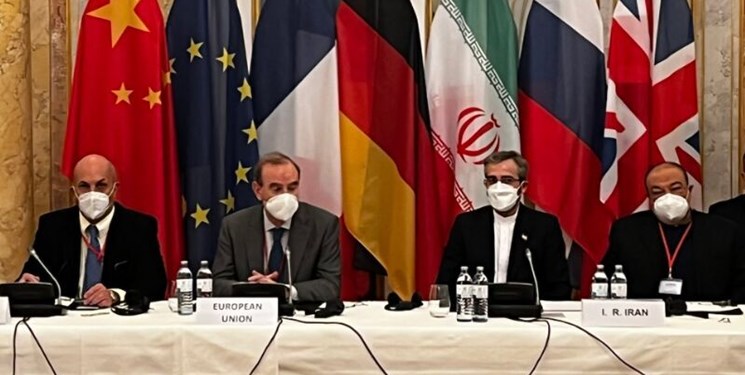 TEHRAN (FNA)- The meeting of the Joint Comprehensive Plan of Action (JCPOA) Joint Commission was held in the Austrian capital of Vienna on Friday evening on Iran's new initiative.

The meeting of the JCPOA Joint Commission was at the request of three European countries of the UK, Germany and France at Coburg Hotel in Vienna held on Friday evening to discuss the proposed drafts by Iran.

The Europeans asked for returning to their capitals at this stage for further consultations.

After four days of talks at expert and political level in Vienna, the political deputy foreign ministers of Iran and Group 4+1 (Russia, China, France and Britain plus Germany) concluded their talks on Friday and agreed to resume the talks next week.

Iran informed signatories of the nuclear deal, in detailed draft documents, that it wants all US sanctions that violate the 2015 agreement to be removed.

Iran has reiterated that the sanction include all those embargoes imposed under former US President Donald Trump as part of the maximum pressure campaign.