US Military Bases, Troops Come Under Attack in Syria, Iraq 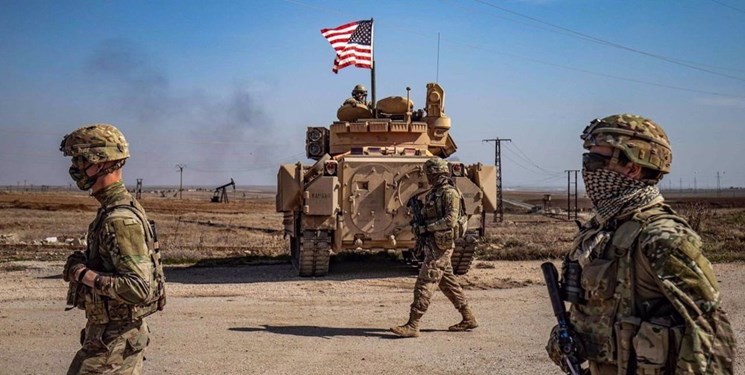 TEHRAN (FNA)- Two military bases used by US occupation forces in Syria and a convoy of American troops in Iraq have come under attack, amid rising anti-US sentiment in the two neighboring Arab countries.

Syrian state television reported that multiple blasts were heard at Al-Tanf base, which is situated near Syria’s borders with Iraq and Jordan, on Sunday afternoon.

It was not immediately clear what caused the explosions. No American troops stationed at the base were apparently injured or killed.

On October 20, the US-run Al-Tanf base in Southern Syria was hit by drones and rockets, in an attack that Pentagon Spokesman John Kirby described as “complex, coordinated and deliberate”.

United States officials said they believe the attack on Al-Tanf involved as many as five drones laden with explosive charges, and that they hit both the US side of Al-Tanf base and the side where US-backed militants reside.

The US military trains anti-Damascus militants at Al-Tanf base.

The source added that a large number of military helicopters flew over the area in the aftermath of the attack on the US base inside the Conoco gas field.

It was not immediately clear what direction the projectiles came from. There were apparently no reports of casualties among the American troops stationed at the base.

The Conoco base, where Kurdish militants with the so-called Syrian Democratic Forces (SDF) are also stationed, last came under attack in July with mortar shells and rockets.

This is the latest in series of attacks on US occupation forces in the Eastern flank of Syria.

On December 1, a roadside bomb struck a convoy of trucks carrying military equipment and logistic supplies for US troops in Syria’s Northeastern province of Hasakah.

The US military has stationed forces and equipment in Eastern and Northeastern Syria, with the Pentagon claiming that the deployment is aimed at preventing the oilfields in the area from falling into the hands of Daesh (also known as ISIL or ISIS) terrorists.

Damascus, however, says the unlawful deployment is meant to plunder the country’s resources.

Former US president Donald Trump admitted on several occasions that American forces were in Syria for its oil.

Elsewhere in Iraq’s Southern province of Al-Qadisiyyah, a roadside bomb attack targeted a convoy carrying logistical equipment belonging to the US military as more voices are being raised against the prolonged presence of American forces on Iraqi soil.

A security source told Iraq’s Shafaq news agency that the explosion took place near the provincial capital city of Al-Diwaniyah on Sunday, and resulted in the damage of a vehicle.

No group has so far claimed responsibility for the blast, which was the latest in a series of attacks targeting US forces in Iraq in recent months.

Anti-US sentiment has been growing in Iraq since last year's assassination of Abu Mahdi Al-Muhandis, the deputy head of the Popular Mobilization Units, along with the region's legendary anti-terror Commander Lieutenant General Qassem Soleimani in Baghdad.

They were targeted along with their companions on January 3, 2020, in a terrorist drone strike authorized by former US president Donald Trump near Baghdad International Airport.

Two days after the attack, Iraqi lawmakers approved a bill that requires the government to end the presence of all foreign military forces led by the US.