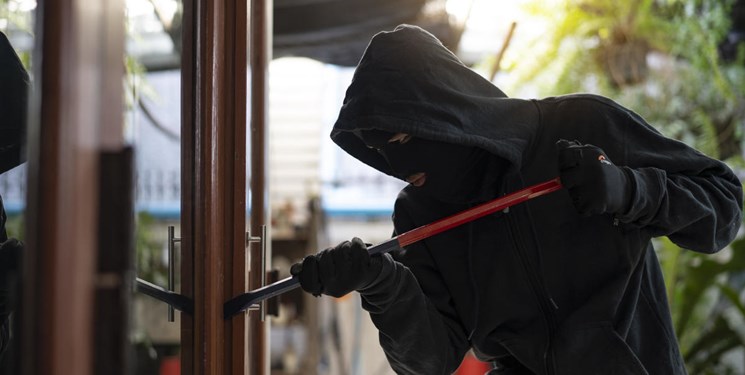 TEHRAN (FNA)- An uptick in smash-and-grab robberies across the US has jolted businesses, prompting owners and leaders to take precautions to protect brick-and-mortar shops amid a busy holiday shopping season.

Stores and malls in San Francisco, Los Angeles, Chicago and other metropolitan areas have been the targets of flash mob robberies, break-ins and vandalism, The Hill reported.

Police retrieved thousands of dollars' worth of merchandise after Burberry, Bloomingdale’s and other high-end stories in San Francisco were robbed. Between 20 and 30 people ransacked a Best Buy on Black Friday in Burnsville, Minn., located more than 15 miles South of Minneapolis. In Chicago, four smash-and-grab incidents took place between Thanksgiving and Black Friday at a Canada Goose store, a Foot Locker location, a North Face retailer and a cellphone shop.

Michael Hanson, the senior executive vice president for public affairs at the Retail Industry Leaders Association and a spokesman for the Buy Safe America Coalition, told The Hill that the recent spike in organized retail crime across the US has, in part, been driven by the COVID-19 pandemic.

With a significant portion of customers isolating in their homes and shifting to online shopping, Hanson said perpetrators of organized retail crime are seizing the opportunity to sell stolen goods to a larger audience — a pattern that contributes to an increase in crime.

“Criminals saw that [increase in online shopping] and said, ‘Oh, my gosh. More people are shopping online. Let’s go get more and more product to sell on marketplaces because we can make a lot of money,’” Hanson said.

“I think that’s why you’ve seen this increase in organized crime since the pandemic, just because there are more people shopping online and criminals are seeing an opening to sell both stolen and counterfeit goods because there’s a bigger market,” he added.

A report released in November by the Retail Industry Leaders Association and the Buy Safe America Coalition said that asset protection professionals and law enforcement officials believe shifts in how shoplifting and other nonviolent crimes are prosecuted are factors in rising in-store theft in recent years.

According to the document, a number of states have increased the felony threshold for shoplifting due to overcrowding in prisons, which the report says is “effectively decriminalizing” robberies in some areas.

“The overcrowding of jails led many states to raise felony thresholds for shoplifting, or have eliminated cash bail for non-violent crimes, effectively decriminalizing theft in some jurisdictions, thus leading to fewer arrests and fewer prosecutions,” the report reads.

“This shift in prosecution has led existing organized criminal enterprises, gangs, mafias, and syndicates that traditionally monetized their efforts with violent and drug-related income to shift their criminal operations to attack retail,” it adds.

Retailers are already feeling the effects of the spike in organized retail crime this year, and some are racing to take action.

The current rise in organized retail crime, however, is coming at a particularly critical time for businesses: the holiday shopping season.

The season marks a time when an increased number of shoppers hit stores to pick up gifts and surf the internet to order products.

This past Thanksgiving holiday weekend, more than 179 million unique shoppers made purchases both in stores and online, according to the National Retail Federation. Customers who made in-store purchases increased this year over last, while online shoppers decreased.

Bill Marcisz, president and chief consultant at Strategic Security Management Consulting, told The Hill that crime tends to increase in certain areas around the holidays, including for retail. He also noted that stores tend to be well stocked at that time.

Marcisz said that while the crime may be organized, it might be only at the “street level”, stating that professional thieves likely would not go to stores such as Versace and Louis Vuitton — robberies that draw more attention from law enforcement.

The recent swell in robberies caught the attention of former President Donald Trump, who sought to blame the increase in crime on Democrats.

“If Democrats don't immediately stop smash-and-grab robberies, which are taking place in their cities, the National Guard must be called out. There has never been such a thing that has happened in our Country,” Trump said in a statement.

“Large numbers of stores are leaving San Francisco and other cities. Some chains are closing most of their stores, it is all not even believable,” he added.

When pressed on the spike in smash-and-grab crimes by a reporter at a press conference on Thursday, White House Press Secretary Jen Psaki said, “I think a root cause in a lot of communities is the pandemic.”

Lawmakers and leaders on both sides of the aisle, however, are searching for solutions on the state and federal levels to combat organized retail crime.

“The level of organized retail theft we are seeing is simply unacceptable,” Newsom said in a statement last month, adding, “Businesses and customers should feel safe while doing their holiday shopping.”

On Capitol Hill, bipartisan coalitions of lawmakers in the House and Senate earlier this year introduced their versions of the Integrity, Notification and Fairness in Online Retail Marketplaces for Consumers Act, which aims to combat the “sale of stolen, counterfeit and dangerous consumer products online by ensuring transparency”.

“Online shoppers deserve to have confidence that they’re getting exactly what they’re paying for, but all too often, fraudsters and thieves take advantage of unsuspecting consumers to offload their ill-gotten inventory,” Sen. Chuck Grassley (R-Iowa), a co-sponsor of the bill, said in a statement in March.

Hanson said the bills will also help law enforcement track down the criminals behind organized retail crime by increasing transparency.

“Anytime you bring more transparency to the system, I think it benefits everyone,” he said.