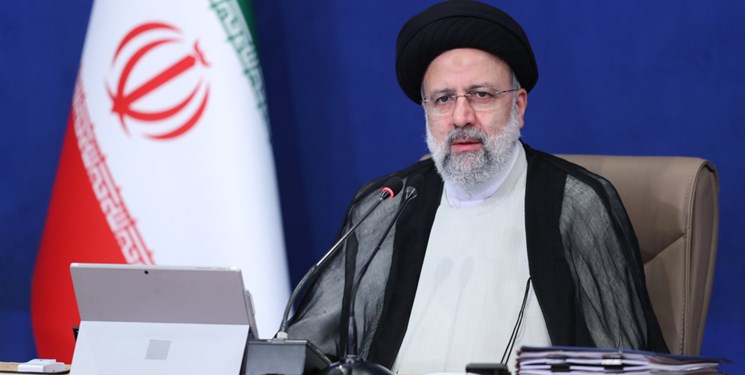 TEHRAN (FNA)- Iranian President Seyed Ebrahim Rayeesi said that his country is serious in efforts to lift the US cruel sanctions against the nation and concurrently tries to counteract them.

"The issue of removal of the sanctions was pursued powerfully, and the issue of neutralizing the sanctions is also being followed through," Rayeesi said in a televised interview on Sunday night.

He vowed that the country would not allow the sanctions and their potential elimination affect its economic progress.

"Today, however, it was proven to the whole world that Iran would stage a powerful and estimable participation in the talks," he added.

The Islamic Republic has forwarded two documents pertaining both to the nuclear issue and the issue of the sanctions during the talks, the president said. "Both of the documents perfectly match the contents of the JCPOA," the chief executive noted, referring by acronym to the Joint Comprehensive Plan of Action, the historic nuclear deal that was clinched between Iran and others in 2015.

President Rayeesi's remarks were apparently meant to refute allegations that have been made by the UK, France, and Germany that Iran's proposals are not in line with the JCPOA's provisions.

The European trio have been aligning themselves closely with the US's policy of "maximum pressure," under which Washington left the JCPOA in 2018 and returned the sanctions.

Friday marked the last day of the seventh round of the talks that have been held in the Austrian capital to look into the likelihood of Washington's resumption of its obligation of lifting the sanctions.