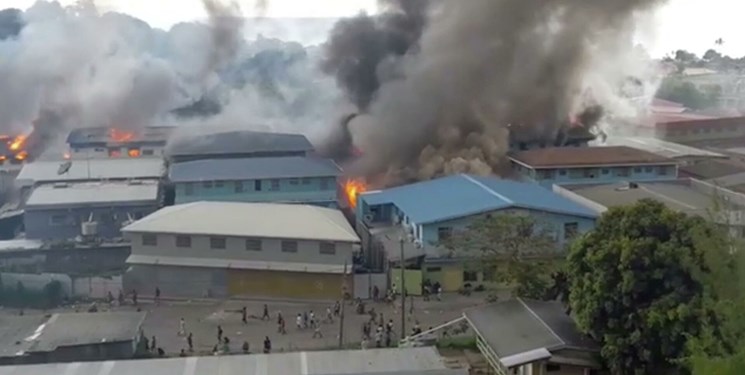 TEHRAN (FNA)- The Chinese Embassy in the Solomon Islands stated that all attempts to undermine relations between Beijing and Honiara are "doomed to fail".

The embassy stressed that these ties will overcome all their difficulties in the wake of deadly riots that targeted the capital's Chinatown district last month, RIA Novosti reported.

The statement comes hot on the heels of news about the nation's Prime Minister Manasseh Sogavare surviving a no-confidence vote in the country's parliament initiated by the opposition. Only 15 lawmakers backed the motion. Some 32 opposed it. Sogavare later commented on his victory by condemning the attempt to oust him.

"The call for me to resign and this motion was made against the backdrop of an illegal attempted coup," he said.

Opposition lawmakers claimed the prime minister's political career hinged on the money in the National Development Fund provided by China for the development of hospitals and universities.

Opposition leader Matthew Wale argued that Sogavare cannnot make independent decisions in the interests of the nation as a result.

The no-confidence vote was called in light of the November 24 riots in the capital that left four dead in the city's Chinatown neighbourhood.

The violent protest started after Sogavare refused to speak to representatives from Malaita Province, which opposes investments from China and banned Chinese businesses from its territory.

The riot was a new round in the confrontation between the province and the central government, which started in 2019 after Honiara decided to cut diplomatic ties with Taipei in favour of Beijing. Sogavare accused the province's government of being "Taiwan's agents".

Taiwan, which China sees as a breakaway region, denied being involved in the conflict between Malaita Province and its government.