Iran, G4+1 to Convene in Vienna Again on Thursday 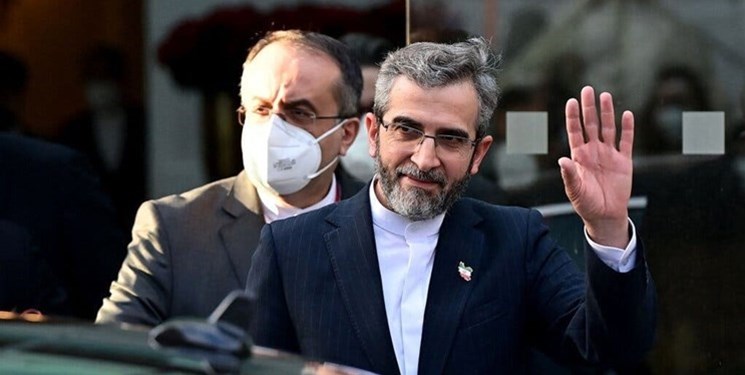 TEHRAN (FNA)- Iran’s top negotiator Ali Baqeri Kani announced that he will meet his counterparts from the Group 4+1 countries in Vienna on Thursday for a second round of talks on removal of sanctions.

“In order to have more accelerated talks at this stage, we are also interacting and consulting with various parties in Vienna in this round at the expert level, but I found it necessary to consult with the Russian officials so that on Thursday we can continue the talks in a constructive and progressive atmosphere,” Baqeri Kani said after a meeting with Russian Deputy Foreign Minister Sergei Ryabkov in Moscow on Tuesday.

He referred to Iran’s presentation of two proposed drafts to the representatives of the G4+1 (Russia, China, Britain and France plus Germany) in the last round of talks in Vienna last week, and said, “The two drafts were not plans and documents. During the six rounds of Vienna talks, the two sides had reached several texts, and we compensated for the deficiencies of the two texts based on our latest views and reforms and where we felt they have shortcomings compared to the 2015 agreement, and included them in the text where they needed to be completed and reformed.”

“The reforms and proposals that we presented about the two final texts of the Vienna 6 negotiations were based on the two sides’ common principles. They were not based on baseless expectations and demands and they were based on the documents agreed by us and the G4+1. We emphasize and the other side also admits that any side is authorized to present its proposals and initiatives based on its own interests, policies and goals but with respect to the two sides’ accepted common basis (i.e. the JCPOA),” he underlined.

Diplomats from Iran the G4+1 gathered in Vienna last week for the seventh time, after a hiatus in the talks because of presidential election in Iran. Five days of intensive talks ended last Friday after the sides returned to the capitals for more consultations.