Iran: New US Sanctions No Leverage in Vienna Talks 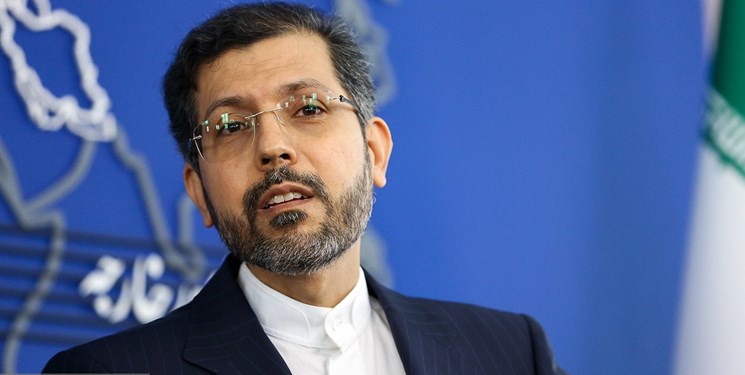 TEHRAN (FNA)- The Iranian foreign ministry blasted the new sanctions imposed by Washington against the country, saying that they cannot be used as a leverage in the upcoming Vienna talks between Tehran and the world powers.

“Even amid Vienna talks, US cannot stop imposing sanctions against Iran,” Foreign Ministry Spokesman Khatibzadeh wrote on his twitter page on Tuesday, referring to the seventh round of high-level talks between Iran and the other parties to the nuclear agreement in the Austrian capital.

“Washington fails to understand that 'maximum failure' and a diplomatic breakthrough are mutually exclusive. Doubling down on sanctions won't create leverage — and is anything but seriousness and goodwill,” he added.

The US Treasury and State Department announced sanctions against a dozen Iranian government officials and organizations over allegations of human rights abuses.

The new sanctions on Tuesday targeted eight Iranian individuals and four organizations that the US administration claimed without providing any evidence to be involved in the repression of protesters and political activists.

Former US president Donald Trump unilaterally left the 2015 nuclear deal, officially known as the Joint Comprehensive Plan of Action (JCPOA), in May 2018 and re-imposed the anti-Iran sanctions that the deal had lifted. He also placed additional sanctions on Iran under other pretexts not related to the nuclear case as part of his “maximum pressure” campaign.

Iran’s chief negotiator to the Vienna talks Ali Baqeri Kani announced on Tuesday that Iran and the five other parties to the 2015 nuclear deal are set to start a new round of negotiations on December 9.

Baqeri Kani, who also serves as Iran’s deputy foreign minister for political affairs, stressed that Tehran’s two proposed drafts in the seventh round of talks last week can seriously advance the negotiation process.

The senior Iranian diplomat said the two proposed drafts were nothing new and were in compliance with the texts that had earlier been agreed upon by both sides during the previous six rounds of the talks, but with some amendments and additions meant to make up for the shortcomings.

The administration of US President Joe Biden had voiced willingness to compensate for Trump’s mistake and rejoin the deal, but it has retained the sanctions as leverage.

After a five-month hiatus, envoys from Iran and the G4+1 group of countries, Britain, France, Russia, and China plus Germany, began on November 29 the seventh round of talks in Vienna to resurrect the JCPOA.

At the talks, the first under President Seyed Ebrahim Rayeesi the Iranian delegation presented two detailed draft texts: one on the removal of US sanctions and the other on Iran’s return to its nuclear commitments under the JCPOA.

The five-day intensive negotiations ended on December 3 after the diplomats returned to their capitals for more consultations.