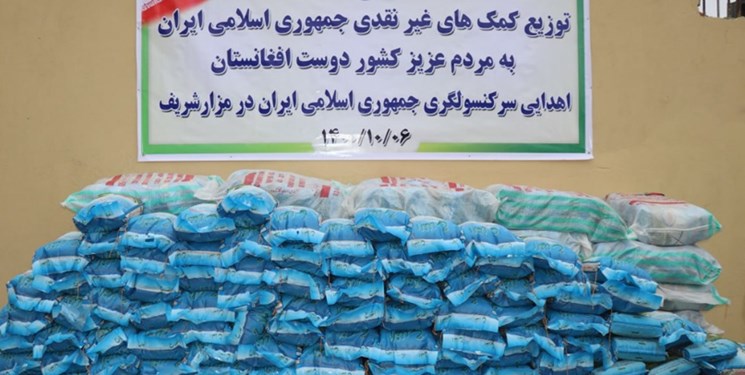 TEHRAN (FNA)- Iran's humanitarian aid to the people of Afghanistan arrived in Mazar-i Sharif and was handed over to the officials of the Taliban caretaker government.

The aid was delivered to the officials of the interim Taliban government in the presence of the Iranian officials.

In a relevant development in early October, a plane carrying Iran's humanitarian aid to the people of Afghanistan landed at Kabul airport on Tuesday and handed over the cargo to the officials of the Taliban caretaker government.

The aid, which is the fifth shipment from the Islamic Republic of Iran, was delivered to the officials of the interim Taliban government in the presence of the charge d'affaires of the Iranian embassy at Kabul airport.

The shipment contained food and medical commodities, which was donated by the Iranian Red Crescent to the Afghan Red Crescent officials to be distributed among people in need in the neighboring country,the Iranian Embassy in Kabul said.

In a relevant development in late September, Iran dispatched a plane carrying 21 tons of humanitarian food aid to Afghanistan.