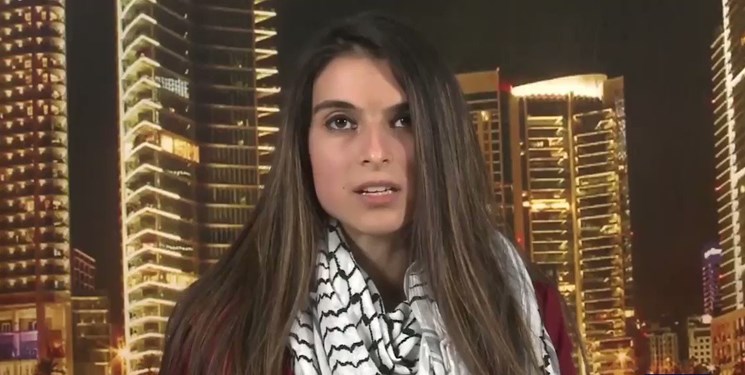 TEHRAN (FNA)- Julia Kassem, political commentator, says Daesh’s mission in Syria, Iraq and Afghanistan is to destabilize the states to pave the way for the US’ military presence in the region.

Speaking in an interview with FNA, Kassem said, “The Daesh mission in Iraq and Syria was to stage and enable the US occupation of the Levant… The reoccupation of Afghanistan by Daesh serves purposes of instigating pure chaos… The constant objective of the US ruling class to accumulate the profits of war and the maintenance of US hegemony.”

Julia Maher Kassem is a Beirut-based analyst, writer, and political commentator. Her works have appeared in al-Mayadeen, al-Akhbar, Mirat al-Jazeera, Counterpunch, and elsewhere.

Q: What is the mission or aim of Daesh in the Levant and Afghanistan?

A: Daesh post 2014, like al-Qaeda has in the past, has been the useful cannon fodder for staging the US’ prolonged occupation in the region. The Daesh mission in Iraq and Syria was to stage and enable the US occupation of the Levant and antagonize Hezbollah and Iran as well as sow chaotic sectarianism in Iraq. The objectives of re-occupying the region, of course, are aimed at resource extraction ultimately; the SDF Kurdish forces that the US was more comfortable in making their support public to after 2015, were allowed to recapture much of the northeast. Whether it was the SDF or Daesh taking control of Syria’s northeast did not matter too much as the oil was being sold off to Turkey by Daesh, the US by the SDF, and Israel.

The reoccupation of Afghanistan by Daesh serves purposes of instigating pure chaos and, after China and Iran have successfully eradicated terrorism within their borders, causing a spillover of Daesh terror into their territories.

Q: We saw the US made a deal with the Taliban to pull its forces from Afghanistan by September 2021; at the same time, Washington fed Daesh Afghanistan by its weapons leftover. How do you find the US’ objectives in supporting Daesh?

A: It is to perpetuate terror that coincided with the US withdrawal. The US froze $9.5 billion in assets it had from the Afghan central bank, packed its proxy army, and intentionally fermented the grounds for civil war and instability in its path by enabling the growth of Daesh in its place.

Q: How you find US’ Republican and Democratic administrations’ policies on Daesh?

A: Biden’s warfare strategy is much more implicit and includes the financing of the re-occupation effort through the guise of foreign aid and NGOs. Trump wanted to cut “foreign aid” while overtly financing arms sales to allies in the [P]GCC and Egypt and slapping sanctions on the US’s enemies. Biden kept the sanctions, but his administration’s strategy is inclined towards hybrid warfare approaches of keeping Trump-era sanctions and dropping bombs -- shortly upon taking office, he bombed Syria -- with information, economic, and soft war approaches. This is what the Democratic Party means when it claims to have receded from “boots on the ground” which is just a shift in strategy still channeled towards the same aims. Democrats and Republicans are not necessarily totally different in their war policies, but respond in succession to the strategies necessitated by their losses on the ground, the constant objective of the US ruling class to accumulate the profits of war and the maintenance of US hegemony, a longstanding objective that has complete bipartisan backing.