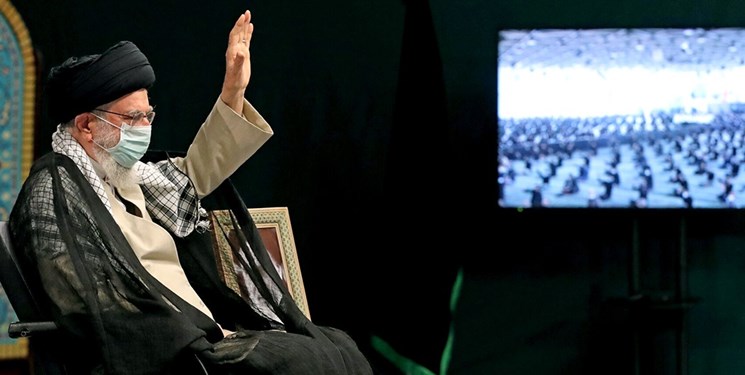 TEHRAN (FNA)- Supreme Leader of the Islamic Revolution Ayatollah Seyed Ali Khamenei said that enemies do not have a correct assessment of the Islamic Republic, adding that assassination of Iran’s anti-terror commander Lieutenant General Qassem Soleimani was an instance of such miscalculations.

“The wrong calculations of the US are still going on, and the example of this is the martyrdom of Martyr Soleimani,” Ayatollah Khamenei said, addressing the people of the Central city of Qom on Sunday via video conferencing on the anniversary of the popular uprising in the holy city against the former US-backed Pahlavi regime in 1978, which triggered the Islamic Revolution.

“They thought that by eliminating this martyr, the great movement of the Iranian nation would be extinguished, but we saw the enormous movement that took place this year on the second anniversary of his martyrdom.”

“Who was behind it? It was the work and hand of divine power that created this huge movement and expression of devotion,” he said.

"The computing system of the enemies is certainly lax and impaired, and they cannot have a correct assessment of the Islamic Republic and thus, they make wrong decisions and fail, and they will fail again from now on,” the Leader added.

Ayatollah Khamenei said the deep animosity of the US towards the Islamic Republic stems from the Iranian people’s religious zeal.

“An example of this was the eight-year imposed war and defense, in which the religious zeal of the youth, fathers, mothers, sisters and wives led the youth to go to the front and win this international war, in which the enemies all worked together to defeat the Imam and the movement. The source was this religious zeal,” the Leader said.

Ayatollah Khamenei was referring to the war of the 1980s by former Iraqi dictator Saddam Hussein who invaded Iran with the support of the US and other countries in a bid to stamp out Iran’s nascent revolution led by the late founder of the Islamic Republic Imam Khomeini.

“At the present time, no one thought that – and even our friends did not think that - the martyrdom of Martyr Soleimani which was really a historical and unusual event would assume this much magnificence and that God Almighty would give it glory and exhibit the real identity of the Iranian people and their unity under the coffin of Martyr Soleimani to everyone," the Leader said.

Several millions of people turned out in Iranian and Iraqi cities for the funeral of the highly charismatic commander to pay tribute to him and his companions assassinated in the terrorist act and vent their anger at the US when his cortege moved to his final resting place in January 2020.

“The martyrdom of a great figure like Martyr Soleimani was a threat from the enemy’s point of view, but the zeal of the Muslim nation of Iran turned this threat into an opportunity that everyone saw,” Ayatollah Khamenei said.

The January 9, 1978 uprising in Qom is seen as a very important historical juncture because it acted a precursor to more mass demonstrations in other cities across Iran, shaking the foundations of the despotic Pahlavi regime before finally toppling it in the 1979 Islamic Revolution.

The uprising was a reaction to the publication of an article titled “Iran and the Red and Black Colonialism” on the Persian-language Ettela’at daily, which had brazenly desecrated Imam Khomeini — the Islamic Revolution’s late leader and founder of the Islamic Republic.

Many analysts have referred to January 9 uprising as the Islamic Revolution’s starting point.

One of the enemy’s agenda, Ayatollah Khamenei said, is to desensitize the Iranian people to the principles of the Islamic Revolution.

“The people are sensitive to the fundamental issues of the revolution, and if someone attacks these principles, the people will take a stand,” he said.

“The enemies also want to gradually reduce this sensitivity in the people. This is done through the extensive propaganda being carried out these days in cyberspace and other foreign mass media,” Ayatollah Khamenei added.

“In order for the rule of society to be adjusted for religious form and geometry and move forward, the people gave their lives and sacrificed their blood to make this happen; this is one of the principles of the revolution and the enemies want to weaken it,” the Leader said.

“To negotiate, talk and interact with the enemy is another matter, but we have not and will not give in to the enemy's coercion and language of force. They want to undermine and undercut our salient principles. This is part of the vast and varied soft warfare of the enemy that it pursues. This desensitization must be stopped," he added.

Ayatollah Khamenei also said the issue of maintaining unity in the country is important.

“We must reduce the causes of division. There are differences of taste, opinion, method and character, but we should not let them lead to confrontation and the general cohesion of the people should not be destroyed.”

“There are enemies whose specialty is to create differences ... We should not let differences between Shia and Sunnis and religious differences escalate in the country,” the Leader said, adding Shias and Sunnis in Iran have lived together for centuries and have not had any problems with each other.

The Islamic Republic today, Ayatollah Khamenei said, is the manifestation of Islam and the rule of the Islamic Ummah in the world,” the Leader said.

“On the anniversary of the martyrdom of Martyr Soleimani, huge demonstrations were held in Sunni countries. We should not think that today we have the right to ignore the issue of national cohesion.”

Ayatollah Khamenei also called for strengthening hope in the society, describing it as one of “our most important issues today”.

“There are those who try to destroy hope in young people and make them hopeless about the future. It is our duty to strengthen this hope in our hearts, and this cannot be achieved by talking alone. Efforts must be made and many positive things can fill the hearts of young people with hope.”

Ayatollah Khamenei said while Iran has problems in certain regards, “some express these problems as if there had been no achievements” under the Islamic Republic.

The Leader also said the capacity of the people for public oversight should be used in order to stem certain cases of corruption and greed which are seen in some corners of the country.

Iran and Iraq issued a joint statement on an investigation into the “criminal and terrorist” assassination by the US of top anti-terror commanders of the two countries in Baghdad in 2020, Deputy Head of Iran’s Judiciary for international affairs and secretary general of the country's High Council for Human Rights Kazzem Qaribabadi said.