New US Sanctions Against Russia Could Personally Target Putin 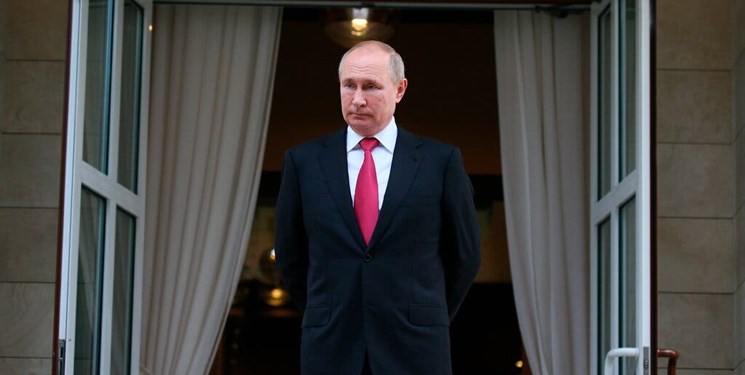 TEHRAN (FNA)- A group of American Democratic Party senators put together a new slate of potential economic sanctions against Russia, even as legislators are set to vote on a separate bill concerning the controversial Nord Stream 2 pipeline.

The proposed legislation was drafted by a group led by Foreign Relations Committee Chairman Robert Menendez, The Washington Post reported on Wednesday, and would impose broad sanctions on top Russian officials, including President Vladimir Putin, in the event of an invasion of Ukraine.

It would also target companies in Russia that offer messaging systems such as SWIFT, which banks use to securely exchange information.

The bill “makes it absolutely clear that the US Senate will not stand idly by as the Kremlin threatens a re-invasion of Ukraine”, Menendez said to The Post.

“Putin need not collapse his entire economy nor does he need to sacrifice the lives of his own people in a futile attempt to rewrite the map of Europe,” the senator went on.

National Security Council Spokesperson Emily Horne told The WaPo that the proposed legislation has the support of the White House, which believes that a separate bill relating to the Nord Stream 2 gas pipeline, championed by Republic Senator Ted Cruz, will “not counter further Russian aggression or protect Ukraine".

“Instead,” she claimed, “it will undermine our efforts to deter Russia and remove leverage the United States and our allies and partners possess in this moment, all to score political points at home. And it would come at a moment where we need to be closely united with our European partners, including Germany. It makes no sense.”

Cruz’s legislation, which is set to be voted on this week, would require President Joe Biden to impose sanctions on entities overseeing the Nord Stream 2 pipeline, which will bring gas from Russia to Germany through the Baltic Sea. The project, which was completed in September but has yet to begin operations, has been met with opposition from some Western leaders who believe that it will increase Russian influence in Europe. However, top German officials, including Chancellor Olaf Scholz, have insisted that it is a beneficial, neutral endeavor and should not be used as political leverage.

Senate Republicans are expected to vote in favor of Cruz’s measure, which the White House says will complicate its foreign policy goals. The Washington Post reported that many Democratic senators were still undecided as of Wednesday, but that Menendez’s proposed bill could provide an alternative for those wishing for different sanctions against Russia.

America is working alongside EU partners to halt certification of the Nord Stream 2 natural gas pipeline and is encouraging Germany not to give it official approval, the US undersecretary of state for political affairs has stated.

Speaking at a press briefing on Tuesday, Victoria Nuland also noted that Washington is considering further sanctions against the system if Russia were to invade Ukraine.

“What we are doing now is working with the Germans, working with the EU to slow their consideration of the implementation of the pipeline,” she said, adding that “this German Government has taken significant steps to do that, and they’ve also reconfirmed the agreement we had with the previous government with regard to what happens to Nord Stream 2 – namely, it’s suspended if Russia aggresses against Ukraine".