Senior Analyst: Congressmen Letter to Biden Part of US Cunning against Iran in Vienna Talks 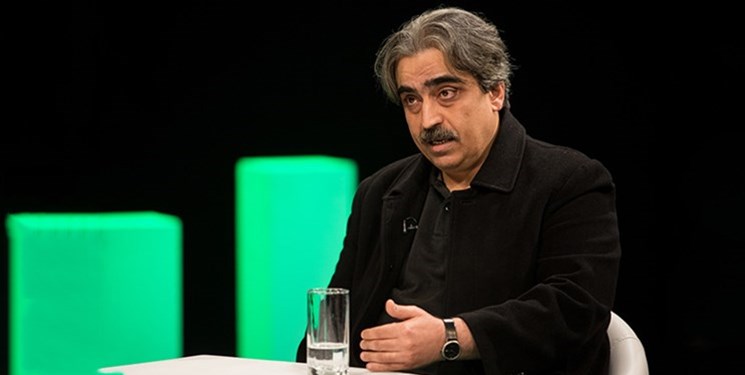 TEHRAN (FNA)- Senior political and foreign policy analyst Seyed Mostafa Khoshcheshm said that the recent letter by 110 members of the US congress to call on Biden to leave the negotiating table in Vienna is part of Washington's carrot-and-stick gaming to pressure Iran to give up its quest for its demands or agree to an interim deal.

"While some might see it as an instance of factional raws between the Democrats and the Republicans, it is, in fact, intended to act as part of the pressure leverage against Iran, alongside Israel's military threats and US propaganda campaign on a deadline for the Vienna talks, to just pressure Iran into giving up its quest for its demands for a thorough, practical mechanism of verifications and guarantees for a possible deal," Khoshcheshm told FNA on Thursday.

He said though all parties to the Vienna talks have come to eventually endorse the need for verification and guarantees for the US compliance with the nuclear deal undertakings, "what Iran wants is real and practical verification and guarantees; that is to say, development and establishment of a real and operational detailed formula with tangible results and actions on the ground. The development and approval of such a mechanism, of course, is a time-consuming process, and the Americans want to put pressure on Iran to stop its quest for such an operational, real and on-the-ground mechanism, and actually make Iran's conditions empty and superficial in result."

"If not possible," Khoshcheshm said, "the Americans want to, at least, make Iran agree with a temporary agreement under this game of carrot-and-stick in a bid to suspend Iran's 60% enrichment of uranium which has exerted most pressure on the American side."

"On the other hand, the US House of Representatives also means to send this direct pulse to Iran that any demand for a congressional endorsement of the deal as part of Iran's request for a guaranteed US compliance is impossible, and that Tehran should give up this demand," Khoshcheshm said.

The senior analyst, who is close to the Iranian team of negotiators, underlined that such moves by the US Congress leave no impact on Iran's resolve to pursue its rights, and said if the Iranian government decides that a US Congress approval is vital, then it would not give up its demand just because of such excuses "as disputes and differences between the Democrats and the Republicans is an internal issue of the US which has nothing to do with Iran the same way that differences and disputes between the Principalist and the Reformist camps in Iran are a domestic issue".

"They cannot convince Iran to retreat from its demands and rights at all," he stressed.

Khoshcheshm, who is close to the Iranian team of negotiators, further explained that Tehran's request for US guarantees comprise of a combination of legal, nuclear, economic and trade ensurances, and reiterated that Iran has worked out many initiatives for verifications and ensurances to give the US a chance to show its willingness to have a deal "if, and only if, the US really wants to have a deal"

He said a part of guarantees that Iran wants are related to the nuclear issues, and added, "For instance, sealing the advanced centrifuges and the surplus enriched uranium under the supervision of the IAEA and Iran are among such guarantee as Tehran wants to stay ensured that if the US violates the deal again, it will sustain no loss or damage and resume enrichment operations exactly from it has left off."

Asked about the economic and trade guarantees, he said in addition to legal guarantees by the US president and administration, Iran wants the US and the Europeans to give ensurances to the companies to convince them that they can continue operation and business with Tehran for four to six years with no punishment or loss even if any such possible deal is called off.