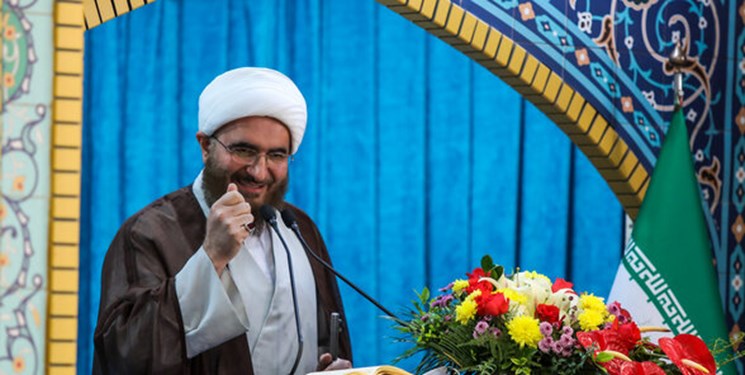 TEHRAN (FNA)- Tehran's provisional Friday Prayers Leader Hojjatoleslam Mohammad Javad Hajaliakbari blasted the western countries for hatching plots and trying to prevent the removal of unlawful sanctions imposed by the US against the Iranian nation, and called on the country's negotiators to beware of West's mischievous moves.

Addressing a congregation of people at Tehran's Imam Khomeini Grand Mosalla (congregational prayers site), Hojjatoleslam Hajaliakbari said, "The negotiators in the Vienna talks should courageously neutralize the enemy's plots on the removal of the US sanctions."

The senior negotiator called on the negotiators to thwart the enemy's plots with wisdom, rationality, trust in God and the workable plans.