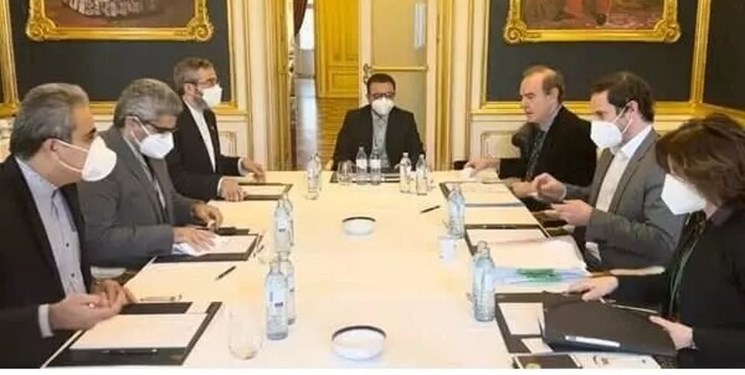 TEHRAN (FNA)- The Vienna talks between Iran and the Group 4+1 (Russia, China, France and the UK plus Germany) continued on Friday at expert and political levels.

The removal of sanctions and the issue of verification and guarantees that the US has been required by Iran to abide by to ensure that it will not reimpose the sanctions are among the most important and sensitive issues discussed between the parties in recent weeks.

The Vienna talks are underway as various meetings are being held at the political and expert levels.

Diplomats have said that there has been some progress in the talks, but there are still remaining issues such the removal of the sanctions on Iran and its verification needed to be discussed over before Iran return to full abidance by the 2015 nuclear deal, from which the United States withdrew in May 2018 and subsequent indifference of the European parties to make up for Iran's losses.

Iran and the five remaining signatories to the JCPOA, Britain, France, Germany, Russia and China, resumed talks in Vienna on January 3 after the parties took a three-day break for the New Year.

The Iranian chief negotiator has said the success of the Vienna talks depends on achieving an agreement on the effective removal of the cruel US sanctions against Tehran.

The more serious the other side is in removing sanctions and accepting Iran’s mechanisms for doing so, especially on the verification and guarantee issues, the sooner we can reach an agreement, Baqeri Kani added.

Iran stresses that the sanctions should be removed in a verifiable manner and wants the US to give a guarantee that it will not abandon the deal again.

Following the meetings, a meeting was held at the Coburg Hotel in Vienna with the presence of the head of the Iranian team in Vienna talks, the Coordinator of the Joint Commission of the IAEA Board Enrique Mora, and the representatives of the three European countries to the JCPOA (including both new negotiators and two former UK and German Envoys).

The 8th round of Vienna nuclear negotiations which started on November 29 has now reached a sensitive point.

Iran has announced that if an agreement is reached in Vienna the side that has breached the 2015 agreement must remove all sanctions, and after verification of its acts, Iran’s moves in the framework of the JCPOA will be implemented.

The more serious the other side in lifting the sanctions and accepting Iran's proposals, the shorter the time needed for the final agreement, Iran has emphasized.