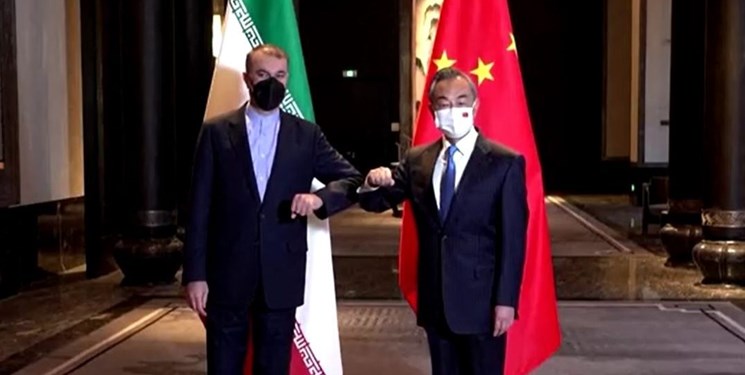 TEHRAN (FNA)- Iran’s Economy Minister Seyed Ehsan Khandouzi announced that the Iranian and Chinese ministries have started detailed talks on implementation of the 25-year strategic agreement between the two countries.

“Now each (Iranian) ministry … has started talks related to its field of activity with the Chinese side so that they can reach contracts,” he added.

“It will be after the start of these contracts that the investment and growth we have in mind would effectively take place,” Khandouzi said.

"We agreed to announce today as the date to begin implementing the comprehensive agreement on strategic partnership" between Iran and China, Amir Abdollahian said, after concluding detailed discussions on Sino-Iranian cooperation with the Chinese foreign minister in China.

Amir Abdollahian also said on Sunday that the 25-year strategic partnership agreement between Tehran and Beijing will have many advantages for both countries.