Iran, G4+1 Continue Talks on Removal of Sanctions in Vienna 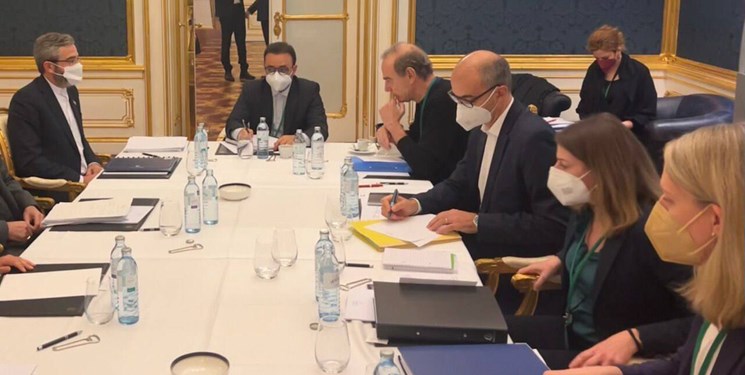 TEHRAN (FNA)-The Vienna talks between Iran's Lead Negotiator Ali Baqeri Kani and representatives of the Group 4+1 (Russia, China, France and the UK plus Germany) continued on removal of the unlawful sanctions imposed against the Islamic Republic.

Baqeri Kani, who arrived in the Austrian capital on Monday morning, has had meetings with the representatives of the European Union and three European countries, namely Germany, the UK and France.

Expert meetings, too, are simultaneously underway on various topics.

The Iranian top negotiator returned to Vienna on Monday to resume talks with the G4+1 representatives after he held several consultations in his two-day stay in Tehran with senior officials on technical and expert issues.