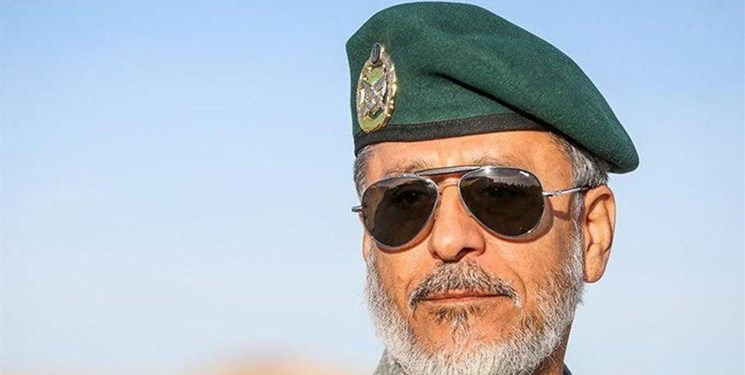 TEHRAN (FNA)- Deputy Commander of the Iranian Army for Coordination Rear Admiral Habibollah Sayyari said that his country is ready to supply the neighboring and friendly states with its state-of-the-art scientific and military technologies.

He added that Iran had achieved self-sufficiency and scientific capabilities in the field of military power and manufacturing state-of-the-art weaponry.

“Besides progressive relations with various countries, Iran is engaged in military cooperation with some of them and is interested in sharing its advanced scientific and military technologies with other friendly and neighboring countries as well,” Rear Admiral Sayyari said.

He said the neighboring countries, in turn, need to understand the nature of Iran’s power because “regional stability and security will be established based on mutual strength and interactions”.

Rear Admiral Sayyari also said Iran was facing problems in establishing ties with some of its neighbors since it has been under the “most oppressive and harsh” sanctions in the history of international relation.

“We believe, however, that these problems can be solved through interactions and dialog and there is no need for any help from foreign powers,” he added. “Deeper neighborly ties will bring greater economic benefits to the West Asia region.”

The Islamic Republic has always supported regional nations, has never violated their rights, and has recognized independence of all countries, Rear Admiral Sayyari said.

The senior commander reiterated Iran’s friendly and brotherly policy towards its neighbors, adding that the Islamic Republic had never have a greedy eye on any country and believed based on Islamic teachings that common interests and regional and collective security could be achieved without the presence of trans-regional states.

Former Iranian Defense Minister Brigadier General Amir Hatami in a meeting with his Iraqi counterpart General Juma Anad Saadoun in Tehran in November 2021 underlined his country’s preparedness to supply the Armed Forces in Iraq with needed weapons and military equipment.