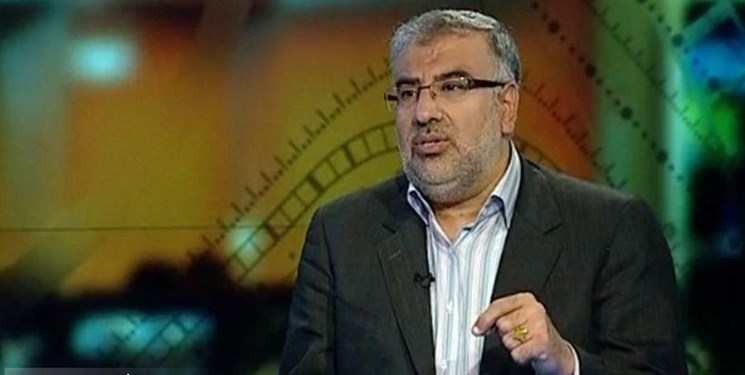 TEHRAN (FNA)- Iranian Oil Minister Javad Owji said that several important agreements have been made between Tehran and Russia on the expansion of oil and gas cooperation.

"Very good agreements were reached with many powerful Russian companies to expand cooperation in the development of gas and oil fields, the construction of petro-refineries, the transfer of technology and technological equipment that the industry needs," Owji said, referring to his meeting with Russian Minister of Energy Nikolay Grigoryevich Shulgino and Alexander Novak Deputy Chairman of the Government of Russia.

"We have signed very important documents and I can say that we will soon see its effects in the field of energy," said Owji, who is also the chairman of the Iran-Russia Joint Economic Commission.

"One month ago, we prepared a comprehensive joint program in different parts of the Ministry of Oil and proposed it to Russia", he also said, adding that powerful Russian companies also showed great interest.

It was made clear to the Russian side that the determination of Iran and the Ministry of Oil is to make relations strong and continuous, Owji said, referring to the sanctions imposed on Tehran and Moscow.

Expanding economic ties, removing banking customs, and infrastructure barriers, strengthening cooperation between Tehran and Moscow in the field of oil and energy, and joint investments in energy infrastructure projects were discussed during the meeting.

Strengthening Iran-Russia cooperation in the form of OPEC-Plus, participation of Russian companies in transferring of Iranian gas to Pakistan and India, localization of oil equipment in Iran, cooperation in the field of energy, and joint ventures were the focus of consultations between Owji and Shulginov in Moscow.

In relevant remarks on Wednesday, Iranian Foreign Minister Hossein Amir Abdollahian described the visit by President Rayeesi to Moscow as the start of a new chapter in ties, adding that the future of world is based on multilateralism.