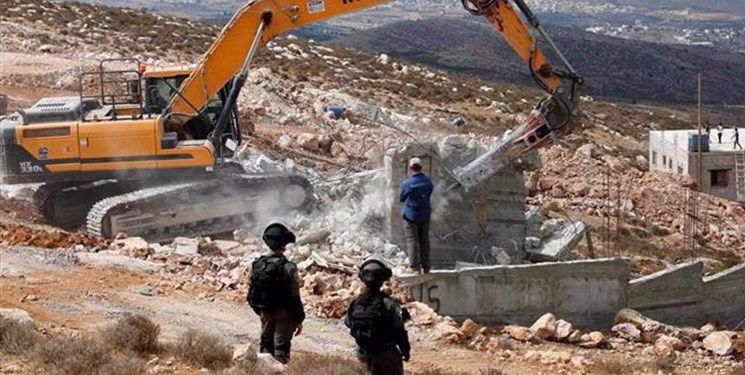 TEHRAN (FNA)- Iran's Ambassador and Permanent Representative to the United Nations Majid Takht Ravanchi said that the Israeli regime's crimes and the UN Security Council's inaction have deteriorated the situation in the occupied Palestinian territories.

Addressing a Security Council meeting on “the situation in the Middle East including Question of Palestine”, Takht Ravanchi condemned the UNSC’s refusal to take the Israeli regime to task over its war crimes and crimes against humanity targeting the Palestinian people.

He catalogued a litany of the regime’s criminal activities targeting the Palestinians and others in the region over the past year, before lambasting the Council’s inertia concerning Tel Aviv.

“The situation in the Occupied Palestinian Territory continues to deteriorate, posing a threat to international peace and security,” Takht Ravanchi said.

The official noted how the regime has slain as many as 341 Palestinians, including 86 children, across the Palestinian territories, adding that the number of the minors, who had perished as a result of the regime’s brutality last year, was the highest since 2014.

“These measures constitute war crimes and crimes against humanity, for which the perpetrators of such crimes must be brought to justice,” Takht Ravanchi asserted.

The regime had also razed down 894 Palestinian-owned structures in 2021, which resulted in displacing 1,179 people, he stated.

However, it was “the inaction of the Security Council [that] has emboldened the Israeli regime to continue its crimes against the oppressed people of Palestine,” the envoy stated.

The Security Council must oblige the Israeli regime to put an immediate end to its systematic violations of human rights and international humanitarian law in the Occupied Palestinian Territory, Takht Ravanchi underlined.

In relevant remarks in December, Iranian Foreign Minister Hossein Amir Abdollahian in a phone talk with Politburo Chief of Palestinian Resistance Movement Hamas Ismail Haniyeh underlined that the fake regime of Israel is the root cause of the region’s entire difficulties and problems.

"The Zionist regime of Israel is the mother and root cause of the region’s entire hardships and therefore, the moves made by a few countries in the region to normalize ties with that forged regime are against the region’s security and the interests of the Islamic Ummah (nation)," Amir Abdollahian said.

"Hamas is among the pioneers of the Islamic resistance forces for the liberation of the Holy Quds,” the Iranian foreign minister said while congratulating Haniyeh on the anniversary of the Hamas establishment.