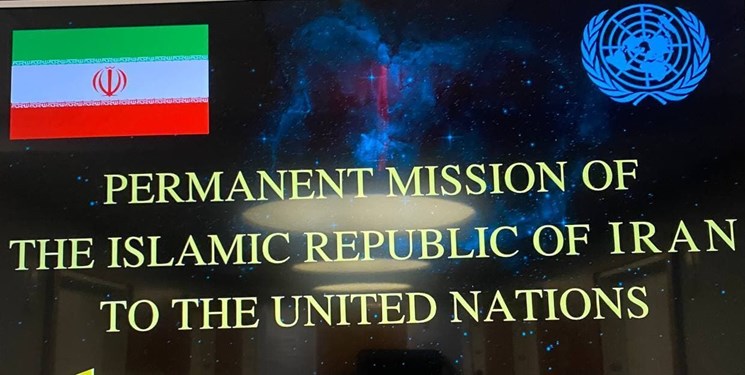 TEHRAN (FNA)- Permanent Mission of the Islamic Republic of Iran to the United Nations in a statement condemned the Israeli regime’s misuse of international mechanisms to justify its crimes against humanity.

The statement which was read at Thursday meeting of the UN General Assembly and underlined that the Islamic Republic of Iran constantly censures genocide under any circumstance and sees it unjustifiable.

The crimes happened during that time had their roots in racism and expansionism. Now, the Zionist regime has inherited these two satanic traits, it said, adding the regime’s racist approach has been mentioned in numerous international documents, but Israel continues to conduct its crimes despite firm international will.

The statement pointed out that the international community is expected to prevent from future human catastrophe without any political prejudgment; thus, Thursday resolution on Holocaust is not acceptable.

Israel is considered the only racist regime that pursues its expansionist ideology in the region.

Israel has always tried to misuse the issue of Jewish victims of the World War II as a justification for its atrocities in Palestinian lands. The regime violated international regulations over last seven decades. The Zionists committed all kinds of crimes against humanity in dealing with the Palestinian people and other neighboring nations.

Genocide, terrorism, ethnic cleansing, home destruction and siege are among various crimes committed by the regime.