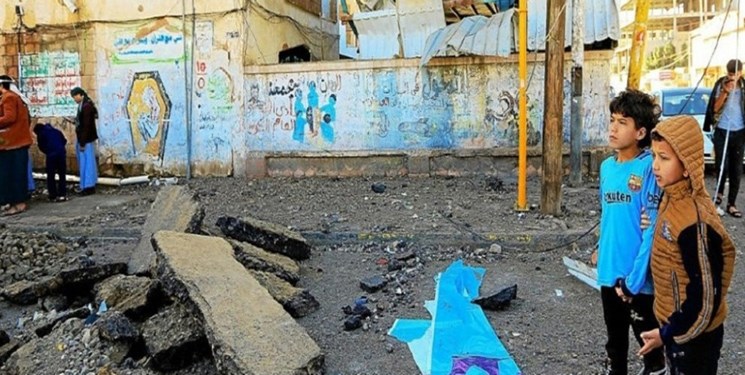 TEHRAN (FNA)- The United Nations condemned an airstrike by the Saudi-led coalition in Yemen’s Northern province of Sa’ada that killed dozens of people, in the latest act of aggression by the Riyadh regime against the impoverished nation.

Warplanes of the Saudi-led military coalition pounded a detention center in Sa’ada in the early hours of Friday, killing at least 70 people and injuring some 140 others, with reports saying that the death toll is expected to rise since many of the wounded were seriously hurt, presstv reported.

On Friday evening, UN Secretary-General Antonio Guterres’s Spokesman Stephane Dujarric said that the UN chief had condemned “the airstrikes launched earlier today by the Saudi-led coalition against a detention center in Sa’ada city”.

Dujarric went on to say that further airstrikes were carried out by the invading coalition elsewhere in Yemen on Friday, adding that the strikes also led to deaths and injuries among civilians, including children.

He said an airstrike targeted telecommunications facilities in tightly-besieged Hudaydah that significantly disrupted vital internet services across much of the impoverished country.

“The secretary-general calls for prompt, effective and transparent investigations into these incidents to ensure accountability,” Dujarric said, adding that Guterres also called for urgent de-escalation of the situation.

Separately, Save the Children, for its part, said in a statement that three children had died in the Western city of Hudaydah.

Yemen's Supreme Political Council also said the massacres committed by the Saudi-led coalition “will not go unpunished”, condemning international silence on the atrocities against the Yemeni people.

According to Lebanon’s Al-Mayadeen television network, the council said in a statement on Friday that “those who are silent on the massacres” should “swallow their tongues when the screams of Saudi Arabia and the United Arab of Emirates (UAE) and their users rise”, in an apparent reference to the United States and the Israeli regime.

According to the statement, the targeting of telecommunication networks means the coalition aims to “commit more crimes away from the media”.

Referring to the coalition members as “dirty tools of the Zionists and the Americans”, the council stated, “Despite your crimes, you will fail as before”.

The statement emphasized that the Yemeni army and allied fighters from popular committees will “respond forcefully to all aggressors”.

Also on Friday, crowds of Yemenis took to the streets of the capital Sana’a and other cities to condemn coalition bombardment of Sa’ada and Hudaydah.

Saudi Arabia and a number of its regional allies – including the United Arab Emirates (UAE) – launched a brutal war against Yemen in March 2015.

The war, accompanied by a tight siege, has failed to reach its goals, but it has killed hundreds of thousands of Yemeni people. The UN refers to the situation in Yemen as the world's worst humanitarian crisis.

Meanwhile, Yemeni forces have in recent months gone from strength to strength against the Saudi-led invaders and left Riyadh and its allies bogged down in Yemen.