Senior Analyst: Iran Not to Hold Direct Talks with US before End of “Maximum Pressure” Policy 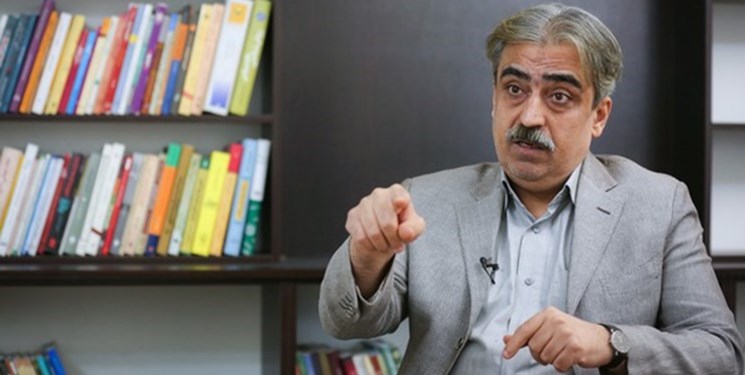 TEHRAN (FNA)- Senior political and foreign policy analyst Seyed Mostafa Khoshcheshm said Iran will not hold direct talks with the US as long as Washington continues “maximum pressure” policy, reminding that despite the Biden administration's verbal acknowledgement and rejection of the Trump strategy on Iran, the Democrats ruling the White House still continue the same policy in practice.

“As long as the maximum pressure policy is in place, the Islamic Republic of Iran will not negotiate with the American side. And it will not change its approach until it rests assured that taking such an action will lead to certain pre-determined achievements,” Khoshcheshm told the Persian-language Farhikhtegan newspaper on Wednesday.

The senior analyst said that ending the maximum pressure policy means removal of all sanctions violating the JCPOA in practice and in a verifiable manner.

He further pointed out that at present Iran and the US are informed of each other's views through Tehran's talks with the G4+1 and non-paper exchanges via EU Deputy Foreign Policy Chief Enrique Mora, adding that the two methods have proved effective for now as progress is readily seen in the negotiations in Vienna though at a low pace.

“Basically speaking, these two methods are still efficient, and there is no need to change the status quo at all,” Khoshcheshm said, and reminded, "If the US feels the need to change the method to direct talks, then it needs to meet the condition set by Iran and end its maximum pressure campaign first."

He also warned that in the days leading up to the Vienna talks between Iran and the world powers, the Americans launched a propaganda, political and media campaign to demonize Iran for its 60% uranium enrichment and pressure Iran to agree to a deadline for talks.

"At the same, the Western states participating in the Vienna talks waste time sometimes in different ways - like sometimes they leave the talks for a couple of days on different excuses, call for an improper revision of what they had endorsed in recent days, bring up political excuses for rejecting Iranian initiatives without having any technical explanation or reasoning, change delegation leaders repeatedly - and warn of the fast approaching so-called and fake deadline in order to pressure Tehran to relinquish its quest for a thourough mechanism for verfication and assurances and agree to an unstable deal or accept an interim agreement to disarm Iran of its most powerful leverage, that is the 60% enrichment," the senior analyst who is close to the Iranian team of negotiators said.

Khoshcheshm referred to the US media reports on a deadline for the Vienna talks, and said, “It should be noted that the Iranian side stands firm against such artificial deadlines; in essence, the Iranian side sees no deadline for the talks as its top priority is the realization of the national interests though it wants a fast conclusion of the negotiations. In fact, sanctions have failed in their objective of crushing Iranian economy and forcing the nation to surrender to the US, yet they have harmed the economy; hence, Iran wants an agreement to happen fast, if possible, but it is in no rush as it may not sacrifice its nations interests for speed. As a matter of fact, the US needs to give up its above-mentioned game for an interim deal if it's really willing to speed up the talks as this pressure game will definitely lead to nowhere and is just a waste of time. The White House needs to display if it's really willing to have a deal with Iran or not since it's now several days that technical discussions have nearly ended and everyone is waiting for the political decision of Washington.”

Iranian President Seyed Ebrahim Rayeesi underlined on Tuesday that if Washington removes the oppressive sanctions against Tehran, the ground will be paved for an agreement.

“If the parties are ready to lift the cruel sanctions against the Iranian people, there is room for agreement,” Rayeesi said in a live TV interview.

He reiterated that the removal of the sanctions could lead to the nuclear deal’s revival.

“If the other party removes the sanctions, there will be a possibility to revive the pact.”

Besides trying to have the sanctions removed, the government is also trying to “neutralize the sanctions,” he said, adding that proper economic relations with the neighbors constitute one way of negating the bans.

Also on Tuesday, Secretary of Iran’s Supreme National Security Council (SNSC) Ali Shamkhani said that Tehran sees no necessity for direct talks with the US during the Vienna talks.

“So far, [our] contacts with the US delegation in Vienna have been through exchanging non-papers. Neither has there been nor will there be a need for more,” Shamkhani wrote on his Twitter page.

Meantime, he said the way of contacting the other side could be liable to change if a “good agreement” is within reach.

He meantime, said "but at the same time, we will not ignore it if we reach a stage in the negotiation process where reaching a good agreement with strong guarantees would require some degree of dialogue with the US”.

Amir Abdollahian also criticized the three European parties to the JCPOA (E3) for failing to present any "new, forward-looking and constructive" initiative during the Vienna talks although they have made efforts in recent weeks to pursue a rational and constructive attitude. Even France does not play the role of a bad cop in the Vienna negotiations, he said.

Iran’s foreign minister touched on the ongoing talks in the Austrian capital for the removal of sanctions imposed on Tehran, saying that there has been so far no direct talks between Iranian and US delegations.

"The American side sends messages in various ways, calling for a level of direct negotiations with Iran," the minister said, noting that Tehran is engaged in talks with the G4+1 group of countries (China, Russia, Britain and France plus Germany) and has "non-paper" contacts with the US through Enrique Mora, the European Union’s deputy foreign policy chief and head of the Joint Commission of the nuclear agreement, officially known as the Joint Comprehensive Plan of Action (JCPOA), and one or two signatories to the deal.

Iran and the remaining participants to the JCPOA have been holding talks in the Austrian capital since April last year with the aim of reviving the deal by bringing the US into full compliance.

The US left the JCPOA in May 2018 under former President Donald Trump. The Vienna talks began on a promise by Trump’s successor, Joe Biden, to rejoin the deal and repeal the so-called maximum pressure campaign against Iran. Biden, however, has so far failed to undo Trump’s own undoing of Barack Obama’s Iran policy, which led to the JCPOA in June 2015.