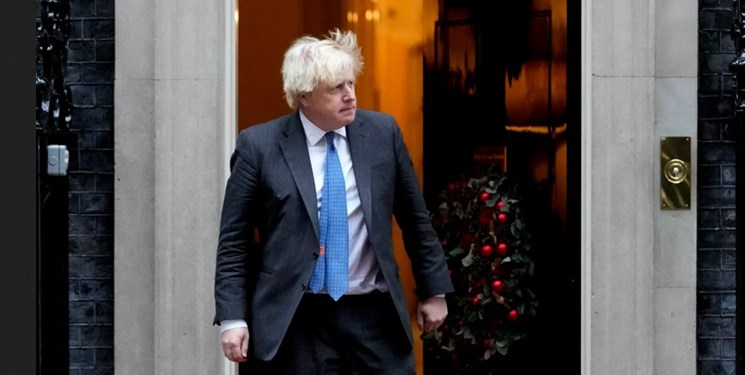 The PM repeatedly told labour leader Keir Starmer he would not stand down after police were called in to investigate the scandal, The Mirror reported.

The Labour's leader reeled off the PM's statements from last month claiming "all guidance was followed completely" in No10, and he was repeatedly assured "there was no party".

The ex-Director of Public Prosecutions blasted, "If he misled Parliament, he must resign."

Johnson shot back "no", refused to comment on parties due to an ongoing investigation, and got Tory cheers when he declared, "The problem is he’s a lawyer, to a leader!"

But Labour MP Lloyd Russell-Moyle broke rules to declare, "I would prefer to be led by a lawyer than a liar! Will he now resign?"

MPs are banned from accusing each other of being liars and Russell-Moyle was ordered to withdraw his remarks by the Speaker.

"I withdraw it, that’s what my constituents think," he said.

Starmer hit out after police announced they were announcing a "number of" No10 gatherings in 2020/21 during lockdown.

Separately, civil servant Sue Gray is expected to publish a report as soon as Wednesday or Thursday on alleged lockdown-breaching parties across Whitehall.

The labour leader pointed out that ministers who knowingly mislead the Commons are expected to resign - and Johnson agreed he backed this principle.

"Since he acknowledges the Ministerial Code applies to him will he now resign?" he asked.

But Johnson replied "no" and claimed Sir Keir "has been relentlessly opportunistic, he has flip flopped from one side to the other, he would have kept us in lockdown in the summer, he would have taken us back into lockdown at Christmas."

Deploying his favourite nickname for Sir Keir, the PM declared, "It’s precisely because we didn’t listen to Captain Hindsight that we have the fastest growing economy in the G7!”

But Labour's leader shot back, adding that "this is the guy who in hindsight says he now appreciates it was a party!"

Sir Keir stated the PM's excuses were "nonsense" that left him in "despair" - and pointed out police would only investigate "serious and flagrant" potential lockdown breaches that left "little ambiguity about the absence of any reasonable defence".

"Does the prime minister really not understand the damage his behaviour is doing to our country?" he asked.

After he was given a cake in the Cabinet room of No10, Johnson insisted, "What is going on in the Cabinet room of this country is the UK government is bringing the West together… to have the toughest possible package of sanctions to deter President [Vladimir] Putin from what I think would be a reckless and catastrophic invasion."

"We’re getting on with the job and I think he needs to raise his game frankly!" he continued.

Sir Keir drew hisses from Tory MPs when saying that "this is the PM who went into hiding for five days because of these allegations". It later emerged Johnson's baby was sick with COVID.

Johnson replied, "Of course I will do exactly as I said."

Sue Gray will only produce one report and that will be published in full - but it will not go into microscopic detail, list full evidence she received or contain photos. Reports claim she has seen photos of the PM with wine bottles.

Sir Keir said the PM and Cabinet were damaging the Union "to save his skin" by insulting the Tories' Scottish leader, adding, "We now have the shameful spectacle of a prime minister of the UK being subject to a police investigation."

"Unable to lead the country, incapable of doing the right thing. Every day his Cabinet fail to speak out, they become more and more complicit," he continued.

Meanwhile "petrol prices, the weekly shop and energy bills are going through the roof", Sir Keir said, adding, "He has shown nothing but contempt for the decency, honesty and respect that define this country."

But he blasted, “We have got the big calls right and we and in particular I am getting on with the job.”