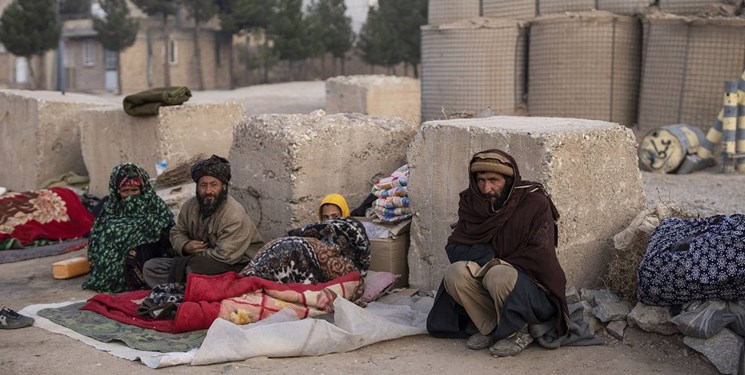 TEHRAN (FNA)- The United Nations Secretary General, Antonio Guterres, warned that Afghanistan “is hanging by a thread", calling for the release of frozen aid funds.

Addressing a a UN Security Council meeting on Wednesday, Guterres said “Afghanistan is hanging by a thread", as millions struggle to survive and with education and social services on the brink of collapse, AFP reported.

"I appeal to the international community to step up support for the people of Afghanistan", including by releasing aid funds in Washington that remain frozen by the World Bank and the US government, Guterres added.

He warned that more than half of all Afghans face "extreme levels of hunger" and "some families are selling their babies to purchase food".

"We need to suspend the rules and conditions that constrict not only Afghanistan's economy, but our lifesaving operations. At this moment of maximum need, these rules must be seriously reviewed," Guterres said, in an apparent reference to the unilateral sanctions imposed by the US on Afghanistan.

"We need to give financial institutions and commercial partners legal assurance that they can work with humanitarian operators without fear of breaching sanctions," the UN chief added.

Guterres stressed that international aid agencies and donors "need to jump-start Afghanistan's economy through increased liquidity. We must pull the economy back from the brink. This means finding ways to free up frozen currency reserves and re-engage Afghanistan's Central Bank".

He warned that "without action, lives will be lost, and despair and extremism will grow".

Guterres also called for the release of $1.2 billion from a World Bank-administered Afghan Reconstruction Tust Frund “to help Afghanistan's people survive the winter".

"Time is of the essence," he emphasized.

Almost five months after the US-led international coalition hastily abandoned the South Asian country, millions of Afghans are teetering at the brink of starvation, with no food and no money.

Soon after the Taliban laid siege to Kabul in mid-August, the US and its international partners raced to cut off Afghanistan’s access to international aid and froze roughly $10 billion in assets belonging to the country’s central bank.

The move triggered the rapid collapse of public finances and precipitated the current crisis. The European Union also then followed suit, stopping development assistance to the country, followed by the International Monetary Fund and the World Bank.

UN aid agencies have described the country’s situation as one of the world’s most rapidly growing humanitarian crises. According to the UN humanitarian coordination office, half the population is now battling acute hunger, and over nine million people have been displaced.

The world body had earlier warned that millions of Afghans could run out of food before the onset of harsh winter and around one million children were at the risk of starvation and death.

The fact that Afghanistan’s assets worth billions of dollars have been frozen by the US and its allies has only compounded the misery of war-weary Afghans.

The interim government of Taliban has repeatedly called for the release of frozen assets, but Washington has continued to rebuff the calls.

Earlier this year, the UN announced the launch of a more than $5 billion funding appeal for Afghanistan to avert a major humanitarian crisis in the South Asian country.

As part of the global body’s largest ever humanitarian appeal for a single country, it said $4.4bln was required within Afghanistan, and a further $623mln was needed to support Afghan refugees abroad.

Back in December last, the UN Security Council unanimously adopted a US-proposed resolution to help humanitarian aid reach Afghans, while seeking to keep funds out of Taliban hands.

That resolution was welcomed by the Taliban authorities as a "good step".

A high-level Taliban delegation is currently holding talks with Western officials in Oslo, Norway, with focus on freeing funds blocked by the US and its allies.