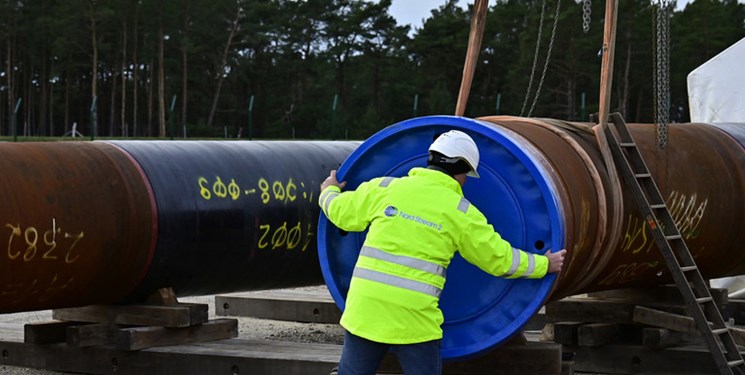 TEHRAN (FNA)- Sweeping sanctions are reportedly being developed which would hit the Russian energy sector if Moscow orders an invasion of neighboring Ukraine, with the EU and the UK said to be drawing up plans for punitive measures with the support of Washington.

On Thursday, The Financial Times reported that sources involved in the discussions had revealed plans that would restrict financing and technology transfers for future gas projects. Targeting new development is seen as a way to punish Russia while potentially sparing European nations the rising prices and energy shortages they would face if current gas deliveries were cut off.

“Europe looking to hit long-term Russian gas production capacity would likely be a step up from anything we’ve seen before,” James Waddell, of London consulting firm Energy Aspects, told the FT.

“It would hurt Russia by going after a sector they really care about, but it wouldn’t be cutting off your nose to spite your face in the way trying to restrict exports would be in the short term,” he added.

According to Eurostat, the official statistical office of the European Commission, the EU imports 41.1% of its gas from Russia. The UK is much less reliant on Russian gas, but officials have warned that curtailing shipments to Europe would likely drive up prices everywhere, even in places that do not buy much from Russia.

US and European leaders have not published a list of potential sanctions. However, officials have warned that measures could also go after the Nord Stream 2 pipeline, a controversial project meant to bring gas from Russia to Germany through the Baltic Sea. Washington and Kiev have long opposed the project, which was completed in September but has yet to begin operation.

German Chancellor Olaf Scholz has previously called for the pipeline to be left out of negotiations concerning Ukraine, and not used as political leverage against Russia.

On Wednesday, however, Annalena Baerbock, Berlin’s foreign minister, said that the underwater energy link was on the table as a possible target for restrictive measures.

“We have a whole spectrum of responses, including Nord Stream 2,” she stated, adding, “Yes, we are always attempting dialogue, but in the light of today’s situation, we must be hard.”

American and Ukrainian leaders have been warning for months that they fear Russia could be planning an imminent invasion of its neighbor, and have pointed to reports of troop movements near its border with Ukraine.

Moscow has denied that it has any aggressive intentions, saying it is simply positioning soldiers within its own territory, and has called for written guarantees that NATO will not expand into Ukraine, a deal American negotiators have said is off the table.

“The main issue is our clear position on the unacceptability of further NATO expansion to the East and the deployment of highly destructive weapons that could threaten the territory of the Russian Federation,” the diplomat explained.