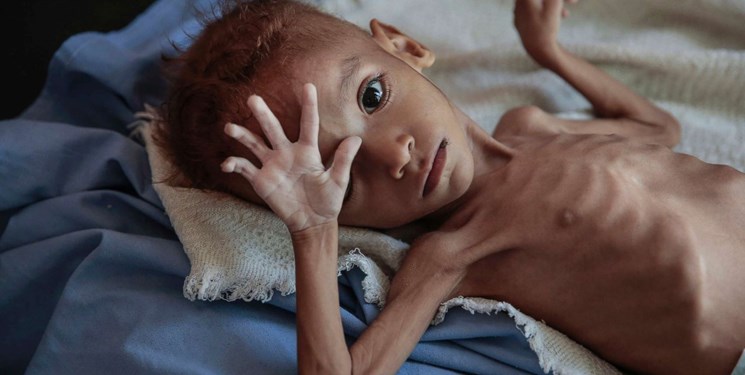 TEHRAN (FNA)- Yemen's National Salvation Government recounted the drastically fatal effect that a 2015-to-present Saudi-led blockade of the country is having on the lives of thousands of cancer-stricken children.

“Over 3,000 children with cancer are at risk of dying as a result of the imposed US-Saudi siege, deprived of receiving the necessary healthcare,” the administration's Health Minister Taha Al-Mutawakil said, Al-Masirah television network reported on Saturday.

Saudi Arabia began leading many of its allies in a full-scale war on the impoverished country in March 2015. The war and the simultaneous siege have been aimed at changing Yemen's ruling structure in favor of the country's former Riyadh- and Washington-friendly countries.

The military campaign that has killed tens of thousands of Yemenis, enjoys all-out arms, logistical, and political support on the part of the United States.

The Yemeni minister confirmed in another part of his remarks that the siege had brought about the closure of the lifeline Sana'a International Airport in the Yemeni capital, an unwelcome development that neither allows the patients to go abroad to seek treatment, nor allows entry of the required medicine into the country.

"The aggression prevents entry of nuclear medicine, which is needed to treat cancer patients," the minister noted.

The minister stressed that the opening of Sana'a International Airport is a humanitarian urgency, calling for the airport to be considered as a neutral zone and an outlet that must be opened in order to allow patients to travel.

Al-Mutawakil also confirmed that the number of cancer patients has doubled across Yemen due to the coalition's deployment of "prohibited weapons".

The Yemeni minister, who was speaking on the occasion of the World Cancer Day, noted that this day comes while Yemen is witnessing a great crisis and the number of cancer patients has doubled as a result of the weapons of aggression against our country.

Al-Mutawakil explained that more than 60,000 cases are currently registered in oncology centers, with a shortage of medicine and medical equipment, adding, "Children with leukemia are rising by huge numbers."

The network also cited the CEO of the Cancer Control Fund, Abdulsalam Al-Madani as specifying some of the banned weapons as "cluster bombs".

"Our country is still suffering from the emergence of many [cancer] cases as a result of the US-Saudi aggression and the use of prohibited weapons," he said, adding that there are many cases that "we have received from many areas, such as Sa'ada, Hajjah and other provinces, where prohibited cluster bombs have been thrown and they are suffering from cancer".

“[We are] appealing to the World Health Organization to play its active role in providing its humanitarian services,” he continued.

Al-Madani stated that the Saudi-led aggression continues to prevent entry of the atomic scanning devices into Yemen, which can only be reached through Sana’a airport.

For his part, the representative of the World Health Organization in Yemen, Adham Abdel Moneim, stated the number of cancer patients in Yemen is rising in a frightening way.