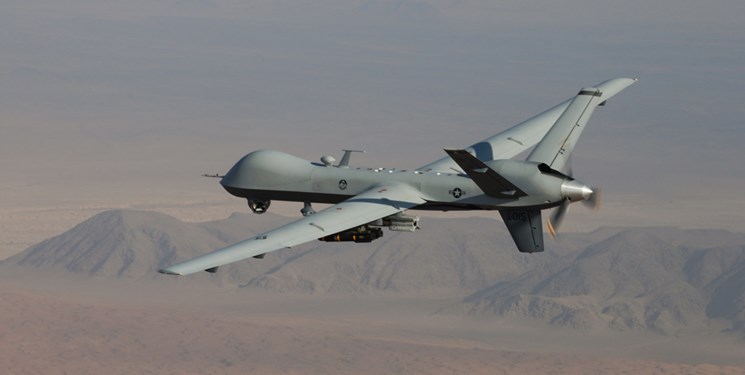 TEHRAN (FNA)- Yemeni army forces and allied fighters from the Popular Committees, separately intercepted and shot down an unmanned aerial vehicle belonging to the United Arab Emirates Air Force (UAEAF) as well as a Saudi aircraft while flying in the skies over Yemen's Northern province of Al-Jawf and the central province of Ma'rib.

The spokesman for Yemeni Armed Forces, Brigadier General Yahya Saree, said in a post published on his Twitter page that Yemeni air defense forces targeted the US-made General Atomics MQ-9 Reaper drone, operated by the UAEAF, with a surface-to-air missile as it was carrying out hostilities over Al-Jawf early on Friday, presstv reported.

The spokesman for the Yemeni Armed Forces highlighted that the unmanned aerial vehicle was struck as it was flying in the skies over the Al-Jubah district in the oil-producing Ma’rib province.

The Boeing Insitu ScanEagle is a small, long-endurance, low-altitude unmanned aerial vehicle (UAV) built by Insitu, a subsidiary of Boeing, and is used for reconnaissance.

The developments took place hours after Saudi warplanes carried out at least 15 air raids against the Harad district in Yemen’s Northern province of Hajjah, the Arabic-language Al-Masirah television network said.

There were no immediate reports of casualties or extent of damage.

Saudi Arabia and a number of its regional allies, backed by the United States and European powers, launched the war on Yemen in March 2015, with the goal of bringing the government of former Yemeni President Abd Rabbuh Mansour Hadi back to power and crushing Ansarullah resistance movement.

The war has left hundreds of thousands of Yemenis dead and displaced millions more. It has also destroyed Yemen’s infrastructure and spread famine and infectious diseases there.

Despite Saudi Arabia’s incessant bombardment of the impoverished country, the Yemeni armed forces have gradually grown stronger, leaving Riyadh and its allies, most notably the United Arab Emirates, bogged down in the country.