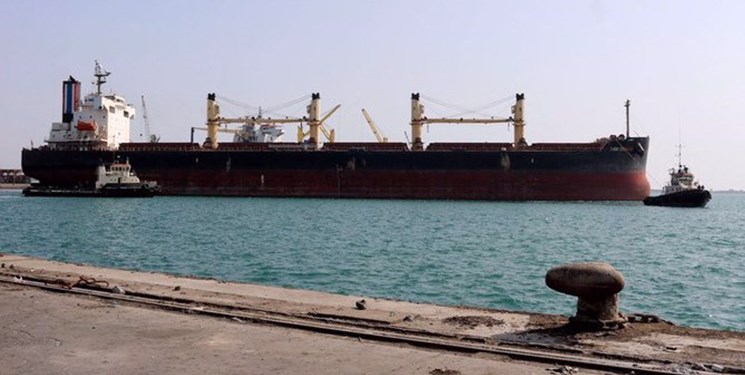 TEHRAN (FNA)- The executive director of the Yemen Petroleum Company (YPC) said US and British warships are preventing tankers carrying fuel and oil derivatives from mooring in the strategic Western port of Hudaydah and take them to Saudi ports, despite the fact that the vessels have obtained the necessary permits from the United Nations Verification and Inspection Mechanism for Yemen (UNVIM).

Speaking at a press conference in the capital Sana’a on Thursday, Ammar Al-Adrai said Britain and the United States do not allow Yemen-bound fuel ships to offload their cargos, and are exerting political pressure on the National Salvation Government in order to gain the upper hand and record military gains, presstv reported.

YPC chief indicated that the US upped the ante throughout last year, and only five percent of vessels carrying fuel bound for Yemen were released, adding, “Obtaining fuel through the occupied ports costs about 50 percent more than what is imported through the port of Hudaydah.”

He highlighted that the US-supported Saudi-enforced oil blockade on Yemen cost the conflict-stricken country some six million dollars last year, as people had to acquire fuel from stations controlled by Saudi mercenaries.

Adhrai pointed out that a fuel tanker travels a distance of approximately 1,300 kilometers on a road fraught with attacks from Saudi mercenaries until it reaches areas under the control of Sana’a forces.

Earlier this month, a spokesman for the Yemen Petroleum Company said the Arab country is experiencing the toughest petroleum products crisis since the start of the Saudi-led aggression and siege nearly seven year ago.

The lines of cars waiting for fuel are “stretching more than three kilometers in front of [gas] stations in various provinces” across the country, Essam Al-Mutawakel told Yemen's Al-Masirah television network on March 2.

He noted that the crisis could be resolved, if fuel ships were not blocked from entering Yemen via Hudaydah port.

Despite having undergone inspection and received UN clearance, the Yemen-bound fuel ships are being seized by the Saudi-led coalition waging war on Yemen and are transferred to Saudi Arabia’s Jizan port, Al-Mutawakel explained.

“We always wonder about the benefit of granting the oil tankers UN permits, and [at the same time] the justifications of the acts of piracy committed by the aggression’s coalition against them in international waters,” he said.

Saudi Arabia launched the devastating war against Yemen in March 2015 in collaboration with a number of its allies and with arms and logistics support from the US and several Western states.

The objective was to bring back to power the former Riyadh-backed regime and crush the popular Ansarullah resistance movement, which has been running state affairs in the absence of an effective government in Yemen.

The war has stopped well short of all of its goals, despite killing hundreds of thousands of Yemenis and turning the entire country into the scene of the world’s worst humanitarian crisis.

Yemeni forces have continued to grow stronger in the face of the Saudi-led invaders, advancing toward strategic areas held by Saudi-led mercenaries, including Ma’rib province, and conducting several rounds of counterstrikes against Saudi Arabia and the UAE in recent months.