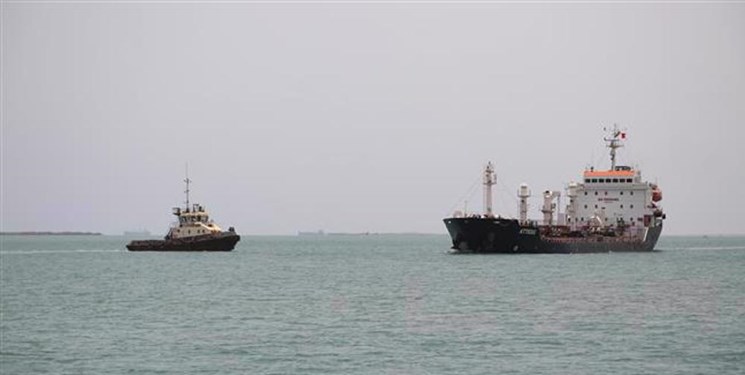 TEHRAN (FNA)- A foreign vessel which carried smuggled fuel in the Persian Gulf was seized by the Islamic Revolution Guards Corps (IRGC) Navy.

Head of the Iranian Justice Ministry’s office in Hormozgan province Mojtaba Qahremani made the announcement on Saturday, saying that the IRGC naval forces seized a foreign ship carrying smuggled fuel in the Persian Gulf.

During the inspection of the vessel, more than 220,000 liters of smuggled fuel was seized and 11 foreign crew members were detained, he added.

Qahremani also said that an Iranian vessel carrying 20,000 liters of smuggled diesel, which intended to provide this foreign ship with fuel, was also seized by the IRGC forces in Iran's territorial waters, adding that three crew members of the vessel were also arrested.

In a relevant development in November, the IRGC Navy had seized a foreign ship carrying smuggled fuel near the town of Parsian in the Persian Gulf.

Commander of IRGC's 412 Zolfaghar Parsian Regiment in Parsian town Colonel Ahmad Hajian said that after monitoring data in an integrated operation a foreign ship with 11 crew members was seized in Iran's territorial waters.

"After inspecting the ship, 150,000 liters of smuggled fuel was seized and all the 11 members of the foreign crew were handed over to judicial offices of Parsian," Colonel Hajian said.

The IRGC commander underscored that the 412 Zolfaghar Parsian Fotilla will decisively encounter any fuel smuggling in the sea for the support of Iran’s economy.